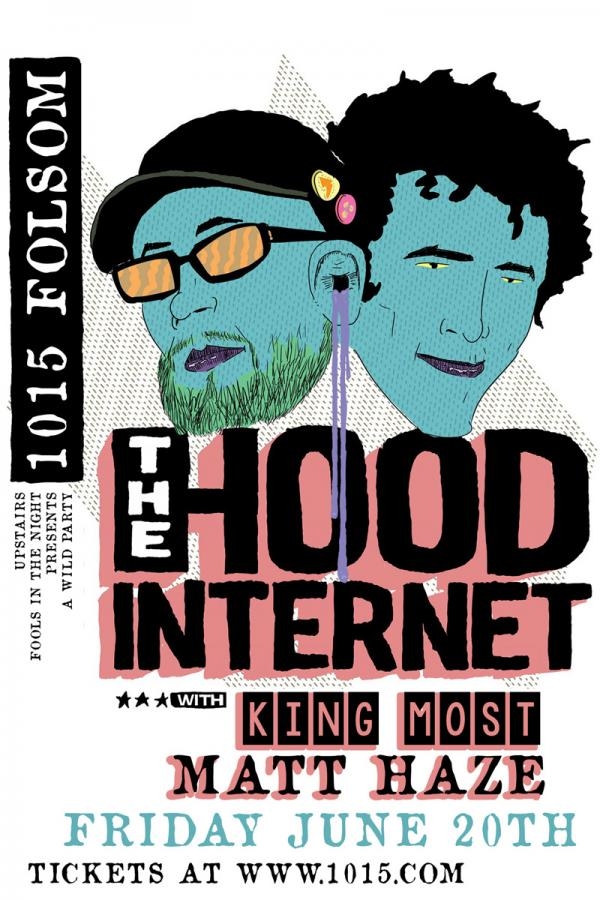 The Hood Internet on their Craft, Collaborations and the Future of Dance Music

Since 2007, Chicago mashup collective THE HOOD INTERNET has been merging melodies and blending basslines with a slick, signature genre blending style. Modeled after idols like GIRL TALK and THEM JEANS, the combination of ABX and STV SLV, better known to friends as Aaron Brink and Steve Reidell, has been an unstoppable online sensation that’s taken their talent to the next level. Their musical taste – a love of EDM and Hip Hop with deep roots in indie rock - shines through as they expertly weave artists like CRYSTAL CASTLES with The Pack, Rich Boy vs SIMIAN MOBILE DISCO, Destiny’s Child and JUSTICE and as of late MIA and FLYING LOTUS and FLUME vs Kanye West. So it's no wonder the tech savvy troupe has taken a chance to embrace other genres and actively craft the future of dance music. Recently, Dr Pepper and the HOOD INTERNET combined forces to create the “Out of the Ordinary” EP featuring unique collaborations with Rockie Fresh, Tinashe, Robert DeLong and RAC.

Tomorrow night, they’ll be bringing the heat to San Francisco’s famed 1015 alongside the legend LOCO DICE, alongside KING MOST and MATT HAZE.But, beforehand - we were lucky enough to catch a break with them and hear what moves the duo, their plans and their passions.

TDJL: What is the story behind your alias?

“It's a line from a movie

TDJL: Who or what would you say is your biggest inspiration?

“The Hood Internet embraced the concept of blends and mashups from our own perspective, namely, sampling the kind of music we like. Everyone's got pretty different taste in music so that angle put us in a different spot than our contemporaries. We also extended the idea of our sound to create new and original productions, something we're still working on.”

TDJL: What is one record that you are most proud of and what is the story behind it?

“This new song we made with Rockie Fresh called "We Run It" just came out and is part of a project that Complex Magazine put together where they got different artists in the studio with different producers to see what would happen. Rockie is from Chicago and so are we, but we had never worked together before. Our similar Midwest work ethics resulted in something real nice.”

TDJL: Any upcoming releases and/or collaborations you can share with us about?

“We've got The Mixtape Volume 8 dropping later this summer which will highlight the best mixes we've made since the last mixtape was released about a year ago.”

TDJL: What has been one highlight for you this year as an artist?

“Being part of the Chicago Made showcase at SXSW which was a lineup of some of the best artists in Chicago including Chance The Rapper, Hologram Kizzie, ShowYouSuck, My Gold Mask, ProbCause, and more...”

TDJL: Where do you see electronic dance music going in the next few years?

“It's always difficult to project the future, but at some point the listening public will tire of hearing the same synth plugins and builds and drops that are currently regressing towards the very homogenous mean … so things will have to progress in some form or another. I could see people embracing a more minimal approach, where the frequency ranges are really full but the beat isn't just pounding away against buzzing synths, and there's more space and room to hear the more unique tones and ideas that musicians are coming up with.”

TDJL: What is one piece of advice that would give to an up-and-coming producer/DJ?

“This one's been said a million times, but if you're opening up a show, take care in learning how to craft an opening set. Same goes for if you're in the middle of the lineup, or if you're headlining a party. Move with the natural flow of the evening.”

Keep tabs on THE HOOD INTERNET across their socials and be sure to catch them at 1015 tomorrow night!