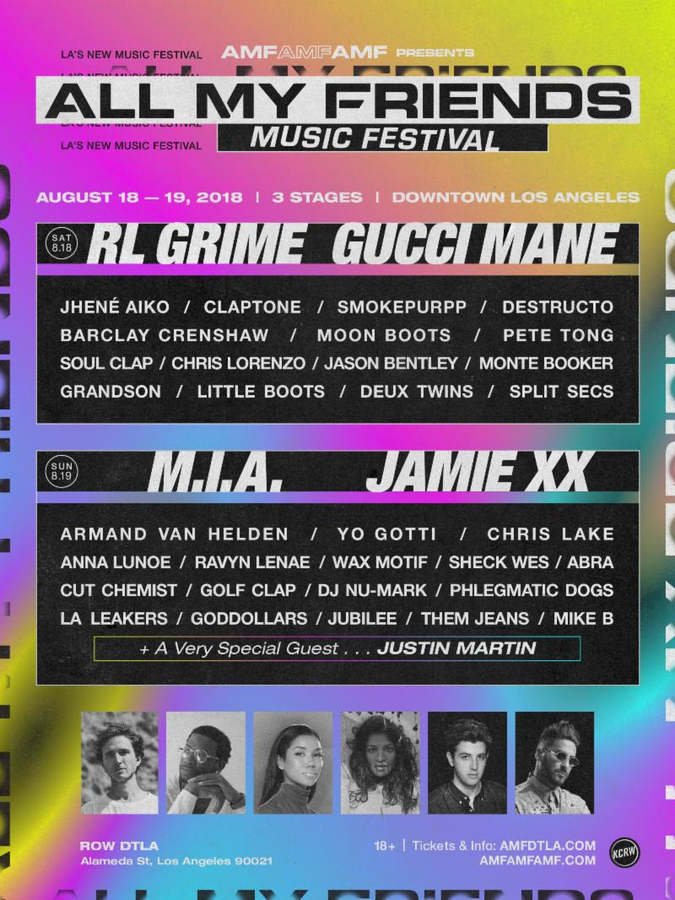 Life just hasn't been the same since Gary Richards stopped making magic happen on the streets of DTLA. I still remember my last HARD in the park with the city skyline punctuating the sky during the festival.

AMF (All My Friends), Gary Richard's new venture, has been quietly making moves throughout the last year - throwing out teasers on social media of what's yet to come for the budding production house. After revealing that AMF had set their sites on The Row, a newly revitalized area of DTLA, for a new type of music event scheduled to take place this August 18th -19th, Gary Richards followed up to unveil the headliners for the inaugural affair. Split by day, this year's headliners are RL GRIME, GUCCI MANE (Saturday), JAMIE XX + MIA (Sunday).

Today, fans across the country were given the full lineup which includes names such as CHRIS LAKE, CLAPTONE, ANNA LUNOE, JASON BENTLEY, WAX MOTIF, very special guest JUSTIN MARTIN and, of course, a set delivered by DESTRUCTO. Full AMF 2018 Lineup below!

Get Hyped with the AMFDTLA2018 Playlist:

As expected, AMF is easily one of the hottest tickets this summer - and the only major music event scheduled to take place in Los Angeles. Tickets have been going fast since the initial announcement - Secure your pass today!

FULL 2018 ALL MY FRIENDS FESTIVAL LINEUP: