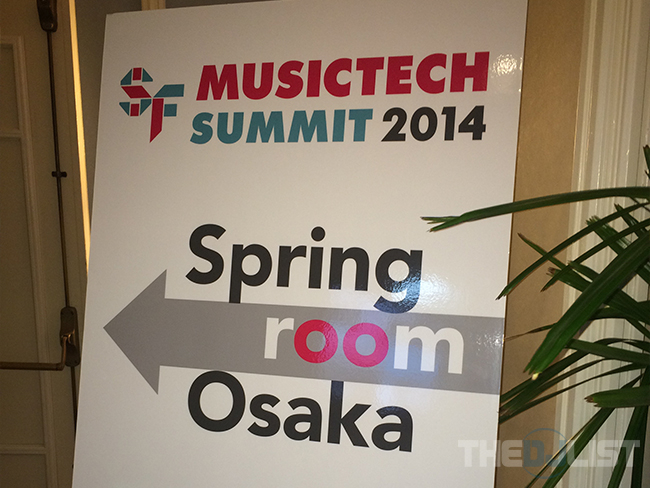 Hotel Kabuki, at the heart of San Francisco’s Japantown, once again became a meeting place of music, business, and technology-oriented minds as the 16th SF MusicTech Summit was held yesterday (November 11, 2014). Unique to the Bay Area’s storied music scene, the conference seeks to bridge the gap between the tech and music industries, fittingly in a city known for its innovation as well as its artistic endeavors. And while the digital revolution has disrupted traditional business models of the old music industry, it has also opened up new opportunities for budding artists and entrepreneurs - in the spirit of the DIY ethos - to reach out to their audiences on a global scale like never before. Chamillionaire (far right) talks about his ventures in tech and music.

The multi-room setup allowed for panel-to-audience discussions covering a wide range of pressing topics, including the changing landscape of San Francisco’s nightlife, new product and technology demos, the future of music tech (with Grammy award-winning rapper Chamillionaire at the helm of the panel), EDM’s explosive growth, sonifying the rhythmic universe (with guest speaker Mickey Hart of the Grateful Dead), and more. However, the hottest topic dealt with the issue of audio recording quality, even having two panels dedicated to it. The first one, with guitarist Bob Weir of the Grateful Dead and Lukas Nelson of Promise of the Real, discussed the mental detriments of listening to low quality audio, while the following panel gave insights on what’s being done to educate music listeners about audio quality, as a representative from PonoMusic unveiled the Pono Player.

The 16th SF MusicTech Summit proved to be as informative as it is thought-provoking when it comes to the new face of the industry. With overall sales dwindling and music consumption going into the streaming realm, professionals gave an insight as to how technology now plays an even greater role. Even one of the panels mentioned that the music industry could borrow a page out of mobile gaming - a multi-billion dollar industry that didn’t exist when music sales peaked in the late 90s but now has surpassed it in the last 15 years. The night eventually closed with a cocktail party, as new networking connections were forged and more ideas came to fruition, thus helping to further navigate the music industry in this digital age.