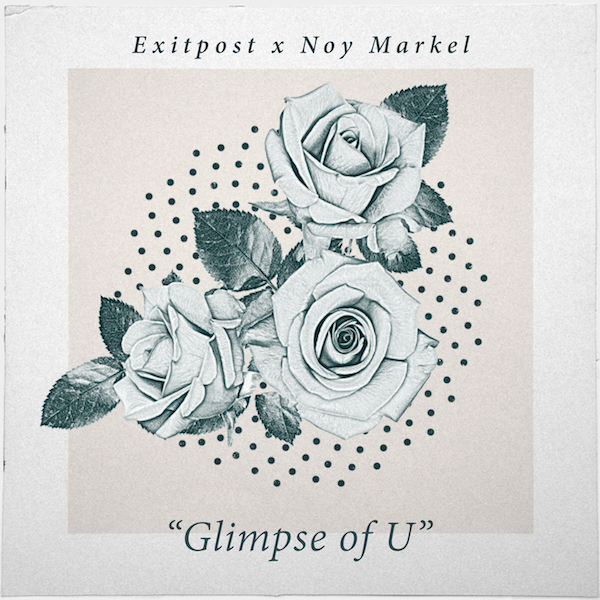 Fabricated from the cities of New York and Tokyo lies Exitpost- the lo-fi producer paving the path for himself as one of SoundCloud's most hidden gems. A local NYC favorite and having previously shared the stage alongside tastemakers like SKYLAR SPENCE, VACATIONER and CRYSTAL FIGHTERS, Exitpost has quite the knack for transporting his listeners through an ambient, tranquil soundscape of lo-fi beats, heartstring-pulling melodies, angelic vocals, crafty samples and glittery synths.

Real name Ken Herman, Ken's unique implementation of elements from his Japanese culture plays an integral role in his productions- and is that extra little sparkle that makes his records just melt right into our soul. Following his 2014 "Sweet Fade" LP and 2016 "Nami" EP, Exitpost delivers his newest slice of heaven with "Glimpse Of U"- in collaboration with NYC-based vocalist Noy Markel. "Glimpse Of U" is the audio embodiment of that sultry moment of locking eyes with someone (PERHAPS a potential lover?) and having a cheeky little back-and forth with that undeniable magnetic attraction. The fusing of Noy Markel and Exitpost is a match made in musical heaven- Noy's delicate yet sexy vocal wrapping around the producer's peaceful stylings, sprinkled with dreamy kicks and soft claps, like a warm blanket. However, it isn't until the end that the producer throws us an unexpected curveball with a glitchier, heavier twist on the ambient tune, built with core-hitting thumps and plucky synths.

With a new EP in the works, we can only wait in anticipation to see what kind of magic Exitpost will create next- but till then, we'll just have "Glimpse Of U" on a loop and float away on a cloud.