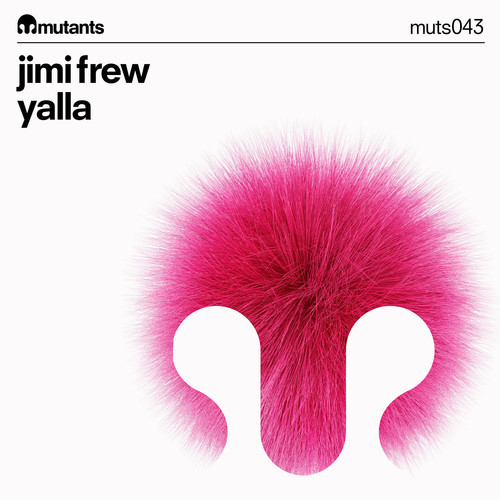 Having just released his new single "Yalla" on John Dahlback's Mutants Records, JIMI FREW is a breakthrough artist who is beginning to establish his vibrant brand of electro house. We got chatting to him to discover more about his musical influences and plans for the coming months.

Thanks for taking the time to speak to us Jimi! What was the first house tune that you remember hearing and can you tell us how you got into producing?

Thanks for having me! It was “Washing Up” (Tiga Remix) by Tomas Andersson. I was at the Catwalk Club in Barcelona, Spain. It was the first time I’d really heard electro house and loved the fact that that particular tune was driven by a crazy lead line over the top of fat bass. I was making drum & bass at the time and lived in London so i guess that’s why the sound was attractive to me. When I moved back to Sydney, Australia I began focusing on making my interpretation of the style and have been doing so ever since!

We just had a listen to the energetic 'Yalla' out now via Mutants. You have already worked with OneLove and Revealed, how does it feel to be working with the legend John Dahlback and the Mutants crew?

It’s great! I’ve been a massive fan of John’s style and sound for many years. I love that fact that he just does his thing regardless of musical trends and still stays relevant - of course it’s amazing to have John’s seal of approval releasing “Yalla". Actually, it’s my second record on the label, the first was called “Depth” so check that also if you haven’t. Mutants is a great label run by a great crew of people pushing edgier out of the box tracks.

Are you taking inspiration from any other artists or events at the moment that led you to making ‘Yalla’?

Can you describe the track in three words for our fans who are yet to listen?

Do you have any remixes or collaborations coming up that you can tell us about?

I'm just focusing on solo stuff right now. However my last release “Vortex” was a collab with Jordy Dazz on Revelaed. We had a great time making that one.

Where would you like to see your sound go in the next couple of years? Do you have any dream record labels you’d most like to work with?

I just want to continue growing and developing as an artist, keep making what I feel to be cool tracks. Whether it’s party bangers, something with a vocal or a melodic drop… My goal is to develop my sound so the listener can identify my tracks amongst all the others other there. Dream labels - I’d like to release on Fly Eye, Dim Mak, Protocol and Spinnin. A solo record on Revealed would be great. Also continuing to work with the labels that have been supporting my music, shouts to OneLove & Mutants!

You can pick up "Yalla" here.