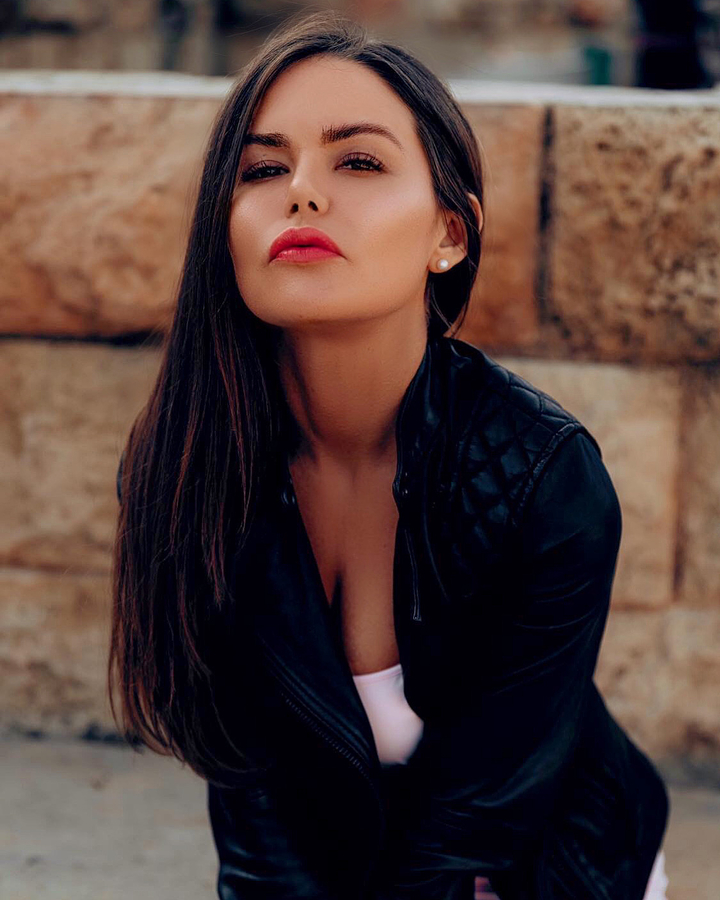 We got a chance to sit down with the lovely Jessa le Carre for an exclusive interview. Discussing everything from recent releases to women in the music. What it's like to create a track from top to bottom all the way to how a woman navigates in such a male dominated industry. Jessa le Carre shares with us an exclusive inside look into her musical world and how that passion can stand the life as we knew it being essentially on halt for the past year due to the pandemic. Take a look at how music is truly everything for Jessa le Carre.

We're thrilled to speak with you! We're diggin' your previous releases, "Eleven Phoenix" and "Break My Heart." Can you talk about your newest release, "What If"? What was the inspiration and message behind this latest release?

Jessa le Carre (dJESSa): I co-wrote the lyrics to “What If” with the vocalist on this track to focus on the current world atmosphere. It’s a lovesong of someone daydreaming about a world when we can travel again and be free. I know so many people who are split apart right now due to travel limitations. I’m used to traveling to multiple new places a year and not having that has been so hard on my energies. I sympathize with people in long-distance relationships or that are otherwise split apart from their partners right now because of the state-of-the-world. I tried to reflect that dilemma with the lyrics of this track!

You have a very interesting 'look' about you. We've read in other interviews that you consider the "bi" element of your persona to be vital to you. Can you expand on that?

Jessa le Carre (dJESSa): Oh wow. That is so sweet. Thank you again. I’d probably phrase it more that I enjoy the energy around me to be balanced with both masculine and feminine. I do this with my music and image whenever possible. To me, music is the ultimate form of bringing us all together so I intentionally balance polar opposites in all forms with my sound in order to create this same atmosphere/intention. One of my favorite things to do is to combine male and female vocals into one track. I did this with my latest original release, “Break My Heart,”and I also do it often in my mashup mixes, as well. I just finished a track this week called “Nobody Knows” that does the same! To me, the difference in tones counterbalance each other to fly higher and achieve greater heights.

It's an age-old double-standard that women in the DJ (EDM) industry have had it tougher than men. Though the politically-correct response is that it shouldn't matter if a DJ/producer is male or female, the unvarnished truth is that there still exists rampant sexism in parts of the DJ industry today. Have you experienced sexism in your career?

Jessa le Carre (dJESSa): I’ve lived in a major city for the past decade, so I’ve become pretty skilled at knowing how to handle myself around masculine dominance issues. When I was younger and less in control of my surroundings, I was often targeted specifically for being a female DJ. I now practice multiple forms of self-defense and encourage other women to do the same. I study both Krav Maga and Systema, which are two art forms that allow you to calmly take control of your environment regardless of size differences. It’s highly focused on your own mental control as well as projecting this energy onto those around you. In some ways it’s like a moving meditation. To me, this is the type of energy all females need to have, but especially female DJs. Handling yourself both mentally and physically in this industry is incredibly vital to your survival. It also can come in handy when reading a room and deciding what sort of music is needed to reach people. It’s important to own your gift and your craft as a female in any male-dominated field, but especially this one. When people see that you’re genuinely passionate about the music, it tends to command a sort of mutual respect. Music has a way of blinding egos and stopping hatred in its tracks. What was the most thrilling live DJ performance you've ever played?

Jessa le Carre (dJESSa): Thrilling? Hmmm… I DJ’d an afterparty for the VMAs [MTV Video Music Awards] one year in Manhattan and there were a lot of celebrities there. I had butterflies in my stomach the entire time and was completely starstruck! [laughs] It gave my set an extra zing for sure. There’s also something about NYC nightlife that can be truly magical. I see it as one of the most powerfully creative places on earth. Anytime I’m in the Big Apple, I certainly feel thrilled!

Your production skills as a "mashup DJ" as DJESSA are legendary! We've read an earlier comment of yours where you said it took you a month to perfect a one-hour mashup-DJ set. Is that true?

Jessa le Carre (dJESSa): Wow, legendary?! Thank you! I could probably do it in less time if I focused on it almost 24/7, which I have done before, but I’ve realized over time that I need to focus on self-care foremost so I don’t burn myself out. I produce a lot of music not only for myself but for other artists, as well. My sleep schedule is usually only 5 hours at-a-time. I work on my mashups daily but I have to limit it to only a few hours because otherwise I’ll get pulled into a sort of trance-like zone that’s difficult to pull away from. It’s also helpful to come back with fresh ears since the nature of mashup work is to listen to things highly repetitively until it blends appropriately. I also don’t use any key-matching software so everything I create is purely by ear. Many times the songs I combine are not in the same key and would otherwise be lost to some who use those sorts of “shortcuts.” I think my sound has a more unique and authentic sound as a result. I also love to combine house with trance music, which means I often have to adjust tempo, take our entire elements of the track, or otherwise strip down and change songs.

How does the intricate preparation you do for your mashup-DJ sets translate to when you're actually standing onstage live, in front of a crowd?

Jessa le Carre (dJESSa): I love to DJ with mashups so I’ll either bring in Ableton Live on my laptop with some pre-arranged concepts and add to them there with a MIDI controller. Alternatively, I sometimes produce full mashup “singles” in small pre-mixed chunks and DJ between them back-and-forth while I add new live elements using my RMX1000 remix station. I really love to incorporate as many live aspects into my sets as possible. In the future, I would love to incorporate live instrumentals and vocals into my performances, as well. As an artist, what's your philosophy about music in general, and your music in specific?

Jessa le Carre (dJESSa): I think music is always a highly personal thing to each artist out there. I always tell artists that their music is a reflection of one’s soul. You can actually hear people’s personalities from their music alone! Music is one of the only universal languages and it has been known to bring together people of all backgrounds. I cannot imagine a world without music. If we were all to focus more on music and less on all the other noise around us, I think the world would be a far better place!

What's next for Jessa le Carre?

Jessa le Carre (dJESSa): Right now I’m working on a concept album that will be somewhat evocative of my mashup mixes, but it’s all original tracks produced by me. There will also be more original vocals written or performed by me. It will most likely be a nonstop mix with track markers for skippable optionality, but it’s important to me there’s no breaks in the energy if preferred, as well. I’m a huge fan of nonstop mixes because to me it’s like an actual journey I’m trying to send my listeners on. I don’t really like singles in this way because it never seems long enough to dance off into a zone or workout or study…or whatever it is you do with your music-listening needs. I’m planning to release mini nonstop Eps, soon, that are 15-20 minutes long and offer listeners a consistent flow of sound.