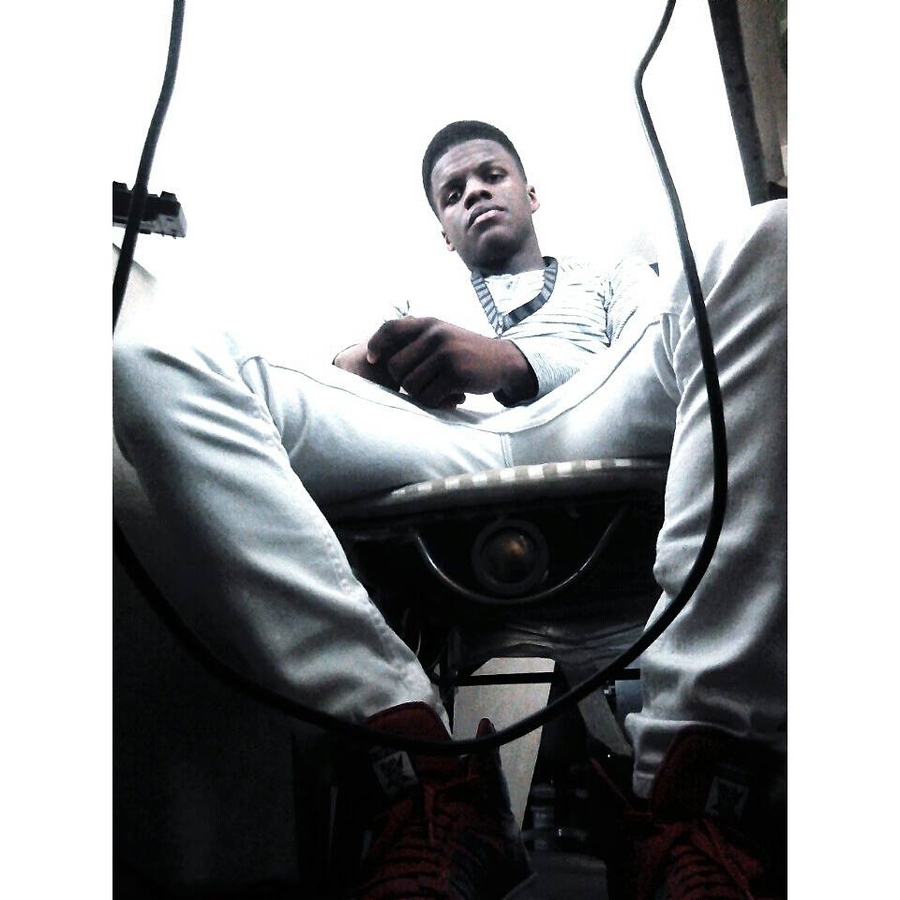 Our thanks to trap's Ascidzz this week for joining us for a chat. We have been caught up in his "Tension" for UZ's Quality Goods Records compilation, and can't wait to hear more from him soon. Check out our interview with him right here...

Good to have you, Ascidzz! Please tell us a little about yourself… who are you and where are you currently based?

Thank you for having me! Almost twenty years ago, I was born with one of the most apparently troublesome names ever: Despues Green. I am from and currently reside in Philadelphia, PA.

How long have you been making music? What or who made you first want to get into production?

I have been making music for, in total, about thirteen years now, starting with the guitar at seven. Until about my Sophomore year in High School, I was a very skilled multi-instrumentalist. It wasn’t until I saw my Dad’s home studio in 2011 that I realised that accomplishing my musical aspirations were truly possible without the need of an actual recording studio and I was more optimistic than ever and certain that I could make what I wanted to do for the rest of my life a reality. Though I bear a plethora of skills, particularly songwriting, I’ve always wanted to be behind the scenes, making the instrumentals, doing the mixing and mastering, so I’ve always considered myself a music producer and an audio engineer first above everything.

What do you enjoy most about producing? What difficulties does it sometimes bring?

My musical taste has always been extremely diverse, which showed even in my early stages. Though I was mostly making hip hop instrumentals for myself and my father and his friend at the beginning stage of their record label, but it wasn’t until 2012 that I was exposed to Skrillex by a friend of mine in middle school. The first song I ever heard was “Kyoto” and my mind was blown. That was when I wanted to start studying dubstep and electronic music as a whole. I actually bought the "Scary Monsters and Nice Sprites" CD and I was doing what I could with what little resources I had to create dubstep. Since then, I’ve just been developing my craft and have been able to infuse so many other styles into my repertoire.

What do you enjoy most about producing? What difficulties does it sometimes bring?

What I enjoy most about producing is that it is entirely therapeutic for me, even in the most frustrating moments. Because I’ve been doing it for so long, I’ve pretty much gotten the hang of the ups and downs of the Inspirational aspect. The capacity humans have to Imagine is amazing, and the countless productions I have made, whether they became full productions or not, have been eye-opening. Especially considering the multitude of genres I dabble in.

I think the fact that I am so disciplined in so many genres keeps away much of the writer’s block I would usually have because of how much I make music and how long I have been making music as well. But it can still absolutely become troubling when nothing seems to work to get me back on track even after stepping away for “a while." There are a lot of things I empty into my music, it’s hard having those thoughts held up for too long.

Do your surroundings inspire your music? How would you sum up the signature Ascidzz sound?

My surroundings can inspire my music very much, especially in the lyrical aspect. I have a tendency to remark on past interactions and the productions with them are scenes themselves within the concept of “Ascidzz.” But usually, as I said, the productions are sonic representations of scenes in my imagination/Ascidzz.

I have a hell of a lot of passion for music, and I do my best to show it in my productions. So I would sum up my entire sound as just passionate as hell.

Are you pleased with how “Tension” for Quality Goods’ latest compilation turned out? Did it take you long to put together?

I’m not quite sure of how “Tension” turned out. But I am definitely glad to know that so many people enjoyed it, including you guys. More than anything, I am excited to have people like UZ and the Quality Goods Gang creating compilations like this to push innovative artists; for them to find and choose me as one of those artists? Wild.

“Tension” didn’t take me very long to make, I think it was about four hours in total, but it is certainly one of the most tedious tracks I’ve ever made. A hell of a lot of effort went into making it, and I’m just happy that so many people enjoyed it as well.

Where do you see your sound progressing over the coming months?

Funny, because I have asked myself this question since the making of the last track of my album earlier last year.

I see my music going in a very uplifting route. Over the past year, I have learned what it means to love myself, and it has shown through the productions i have been making more recently. “Tension” was actually made in June or July of last year, and my music progressed so much more since awaiting release. So, I am definitely excited to release the upcoming music I have in my inventory.

If you could work with any artist (alive or dead) on a track, who would you choose and why?

Since like 2013, I have wanted to work with Ramzoid. He has been an incredible inspiration to me since he found me, commented on a couple of my tracks, and at the time I was still able to have the time to check out the music of the people who checked mine out. At the time he was at roughly 300 followers and he was still making Neurostep and things of that nature. One of the first tracks I heard was “Contact Juggling” and from that point on, my entire perception of audio changed. I’ve watched him develop into the artist he is now, and honestly I’d still like to work with him even though his style has “changed” drastically.

What can we expect from you next? What are your goals for this year?

I was hoping to release my album this past winter, but that has been on an extreme hold, so I may just wait until the winter coming up. But in the meantime, I will be dropping visuals, focusing on other business endeavours and dropping some loose gems in the meantime. One of the other artists featured on the compilation, B-Dos, and I are actually working on a bit of an EP and maybe we’ll release a thing or two this year. We’ll see.

Besides that, I hope to do more shows, I’ve been dying to get back on stage and perform my music in the peak form. I love it so much.