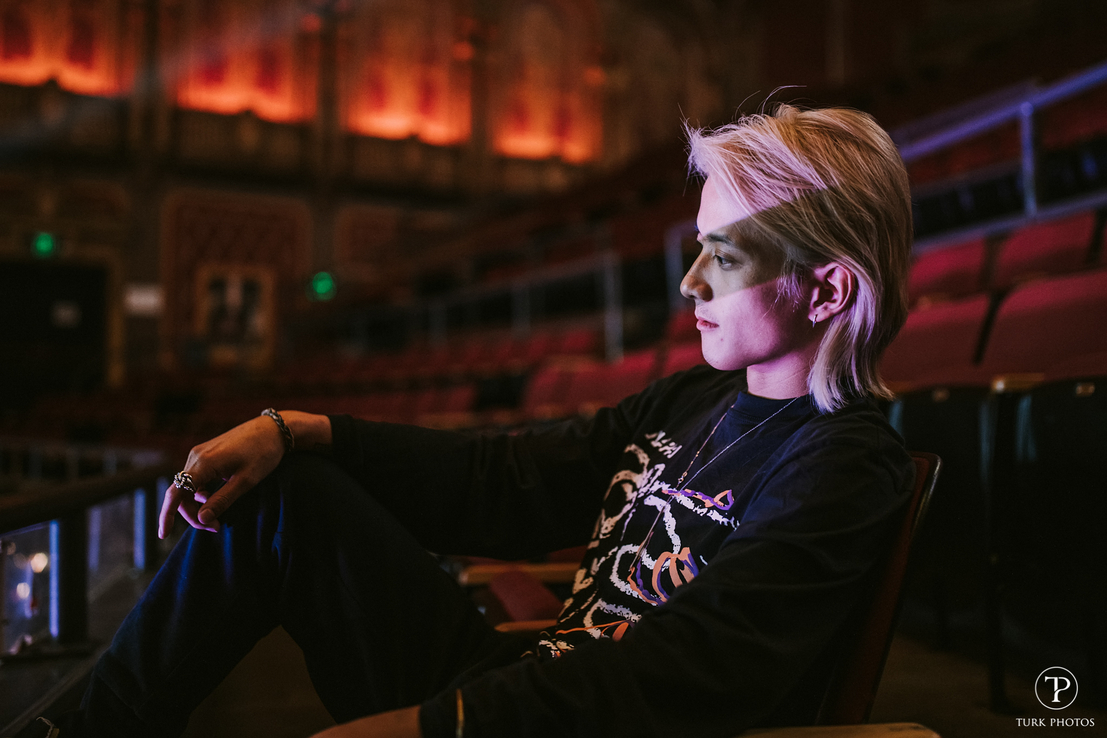 On November 9, Tim Wu, also known as ELEPHANTE, was preparing for his biggest headlining show to date at San Francisco’s historic Warfield Theater. Excitement was tangible, but any signs of nerves didn’t show as he sat down with me, a cup of tea in hand, to discuss the Diamond Days Tour, reflect on 2019, and preview what’s to come in 2020.

Inspired by his early days in music, Wu returned to his roots and took the reins with vocals for tracks on and single "Diamond Days". After refining his craft, Wu finally felt ready to share his voice with his fans.

“I grew up a singer/songwriter and playing guitar. I wanted to be John Mayer when I was in high school. That was my first foray in the music industry and I fell in love with producing and dance music. It was one, me having confidence in my voice but also having the experience of being better about everything around the singing. Instead of trying to sing a song that maybe wouldn’t work as a dance song or wasn’t right for my voice, I developed enough as an artist to be able to write around my voice and write songs that felt natural for me to sing. I finally felt like this was good enough and these songs were something I was very strongly emotionally attached to: ‘I love this song, I want this to be my song, and I wouldn’t feel right having anyone else sing it.’”

"Diamond Days" marks the start of a new chapter in the Elephante saga with its eponymous tour being his most ambitious production. For the first time, the show features live elements integrated into the DJ set fans have come to know and love. “Diamond Days is about expanding what’s possible in a DJ set. I’m paying live guitar, singing, and it’s bringing to bear all the difference influences that lead me to dance music,” said Wu. “I love DJing and think there’s something inherently magical about it, but as an artist you always want to think about ways to express yourself. To me, it’s bringing a union of those things I loved growing up, and also producing and DJing.”

After multiple, successful tours, Wu felt it was time to step out from behind the decks and bring his concept of a live show to life.

“This whole experience with the new tour has been really incredible. It’s been something I’ve been wanting to do and that’s been percolating in my head for awhile. It was kind of scary because I’ve been DJing and I’ve had success doing that. To a certain extent it’s like why change the formula if that’s been working? But it felt like the right time. I’ve been singing more so I’m putting it all out there and going for this live show. I’m super proud of it,” he said. The Diamond Days Tour not only showcases Wu’s singing and guitar chops but takes his stage production to a whole new level with a live camera stream, sparks and panels arranged in the shape of a diamond as the backdrop. One of my favorite moments was seeing the captivating, visual masterpiece Glass Mansion Open House projected on the screens. His shows, also known as the Zoo, have taken on a life of their own. With the new production, this feeling is only enhanced and makes for a great time.

“One of the things I love about dance music is it’s one of the few places where people can truly be themselves. There’s such an acceptance. My sets are high energy and it’s a place can let loose and be whoever they want to be.”

The crowd was treated to unreleased Elephante music, his biggest records, and tracks from VIRTUAL SELF, A-TRAK and MAKO. The set even featured non-electronic hits including Cardi B’s “Press,” Lewis Capaldi’s “Someone You Loved” and Green Day’s “Boulevard of Broken Dreams.” It was incredible to look out on the crowd and hear everyone singing along. The night was something else. This year has been huge for Wu with not only the tour but with appearances at some of the biggest festivals.

“Lolla was for sure a bucket list thing because I had never been but that was the festival I grew up reading about,” said Wu. “Playing EDC and closing Circuit Grounds was also a very transcendent ‘wow’ moment.”

Looking forward to next year, it’ll prove to be an even bigger year.

“I’ve been playing a bunch of new music on the tour, working on some more singles and you guys will be getting an Elephante album in 2020!” The Diamond Days Tour runs through November and returns in February with stops on the East Coast. In addition to the expanded tour dates, he announced “Club Nights,” which kicks off November in Las Vegas and makes stops across North America. Tickets for the “Diamond Days and Club Nights” Tour go on sale November 22. For more information and to purchase tickets, visit the his website".