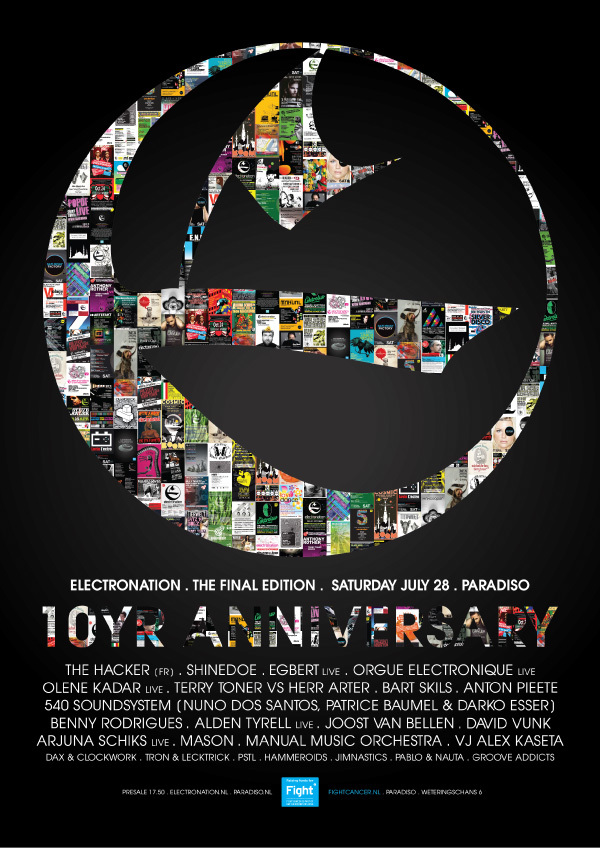 Saturday July 28 will mark the end of something really special. It will be the last Electronation party ever, in the Paradiso Amsterdam. Because this day is also the 10 Year Anniversary of what has become one of the most amazing parties in The Netherlands, they have gone all out to make this a night not to forget.

All 3 rooms of the Paradiso will be packed with Europe's finest from the electro, disco, house and techno-scene, consisting of a long line of friends who have contributed in one way or another to Electronation’s success!

The event will run from 11pm to about 5am and on top of this, the full profit of this event will go to the fight cancer initiative, in honor of Electronation’s founder Roy Avni, who passed away in 2010.

The lineup is nothing less then impressive featuring some of Europe's finest artists. All the more reason to not miss out on this grand finale at arguably one of Hollands nicest venues