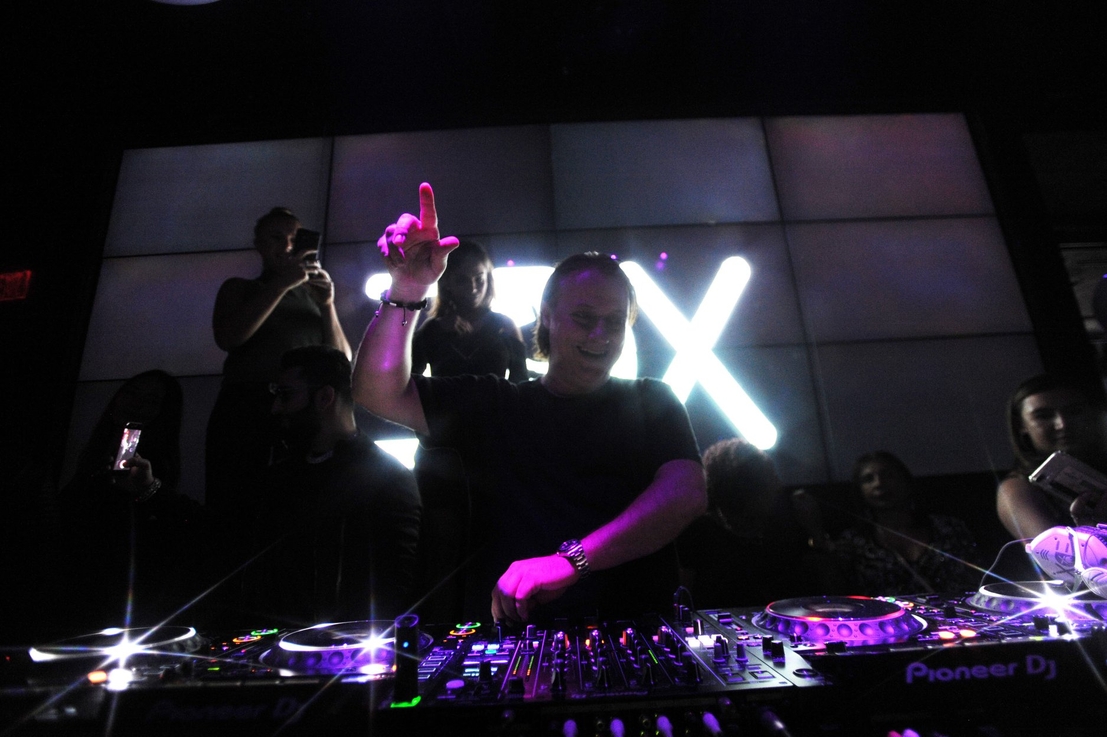 EDX is Maurizio Colella and he has been on the top of house music for 25 years and counting. The Italian-Swiss DJ and producer, recently performed at Audio Nightclub in San Francisco CA as part of his Sillage Fall Tour, celebrating his latest releases. EDX is widely known for his unique and tasteful remixes whether it be a tropical sunrise mix or a down tempo sunset mix. From club circuits to world renown festivals, it's safe to say that EDX has probably already played there before. While most listeners enjoy tuning to his popular radio show called NoXcuses' that broadcasts on Sirius XM's Electric Area channel and now on iHeart Radio, we've got a chance to meet with him in San Francisco where he discussed his most recent records, his radio show, touring and more.

Talk to us about your Indian Summer remix of DAVID GUETTA & ANNE-MARIE's "Don't Leave Me Alone". What inspired you to reinterpret this track?

I’m always pitched to remix a lot of really great songs from amazing talents that I admire and it’s always so hard to pick between them. When David’s camp originally reached out to me (before I’d heard the song) I was a little bit skeptical that our styles would work together for an EDX remix. However, as soon as I heard the track and Anne-Marie’s amazing vocals, I knew that I could make it work for an Indian Summer Remix. I went to the studio and everything just worked really well. I was really inspired by the vocal and I was able to add my signature sound to an already incredible record. I’m super happy with how it’s turned out.

You also did an Ibiza Sunrise remix of BAZZI & CAMILA CABELLO's "Beautiful". What's the story behind that?

I was actually at one of Bazzi’s showcases earlier this year in NYC, before his album was released and before the ‘Beautiful’ single went to radio. There were a few industry people there, some press etc and Bazzi was performing some of his new songs live. It was a great performance. Right after his first single was released, he started to become really popular and there was a huge buzz around him. I reached out to his team, they told me about the Camilla Cabello feature and then they sent me the parts so that I could create a remix for them. It was just a great track to work with and I’m really pleased with how it turned out. I had to pitch up the vocals slightly, but it’s been getting great feedback all over the world. We hit over 2 million streams in less than a month on Spotify and it’s had massive international radio support. It’s been a great addition to the 2018 EDX discography!

Your latest release, "Sillage", where did the idea from from?

‘Sillage' was another original that was just a very organic follow up from my previous two singles ‘Jaded' and ‘Anthem’. It was made during the summer, when everybody was talking about Ibiza and I had quite a few shows on the island. I really wanted to create a track that incorporated both the EDX sound with a more Balearic vibe, and Sillage was born! It’s been a great journey and my third original this year which I’m super happy about.

You've recently hit the 400th episode mark of your radio show No Xcuses. That's quite an accomplishment. That's also a lot of tracks. How do you determine which ones get featured?

No Xcuses is one of those journeys that I’m very excited about. It’s been running for more than seven years and I put a lot of thought each week into which tracks I’m going to feature in the show. For the 400th show, which was a live performance at ADE, I actually just asked my fans to pick some of their favourite songs from the last seven years. I also added some fresh new beats, but the majority were picked by the listeners of No Xcuses.

How has touring been so far? What shows are you most excited about?

It’s been another incredible year touring all over the world, and within the first three months I’d already played shows on every continent on the planet! I just played an amazing show at Audio in San Francisco and in terms of what’s coming up, I’m super excited about one of my final shows of the year, which takes place in Los Angeles on December 15th, at Avalon Nightclub. We’re going to try a lot of fresh new things for that show, and the production is going to be absolutely incredible. I can’t wait for everybody to see it and I hope to see as many people there as possible!

With such a long standing production history, 25 years of both remixes and original records, would you say your sound has changed from when you first started?

Of course it changes slightly with improvements in technology and production software, but my music has always been very fresh, soulful and sexy. I feel like the electronic music scene is back to where we were about ten years ago, but just in a newer, fresher way. I’ve always tried to stay true to what EDX stands for when it comes to music and I just want to share my journey and my music with people the way it is. 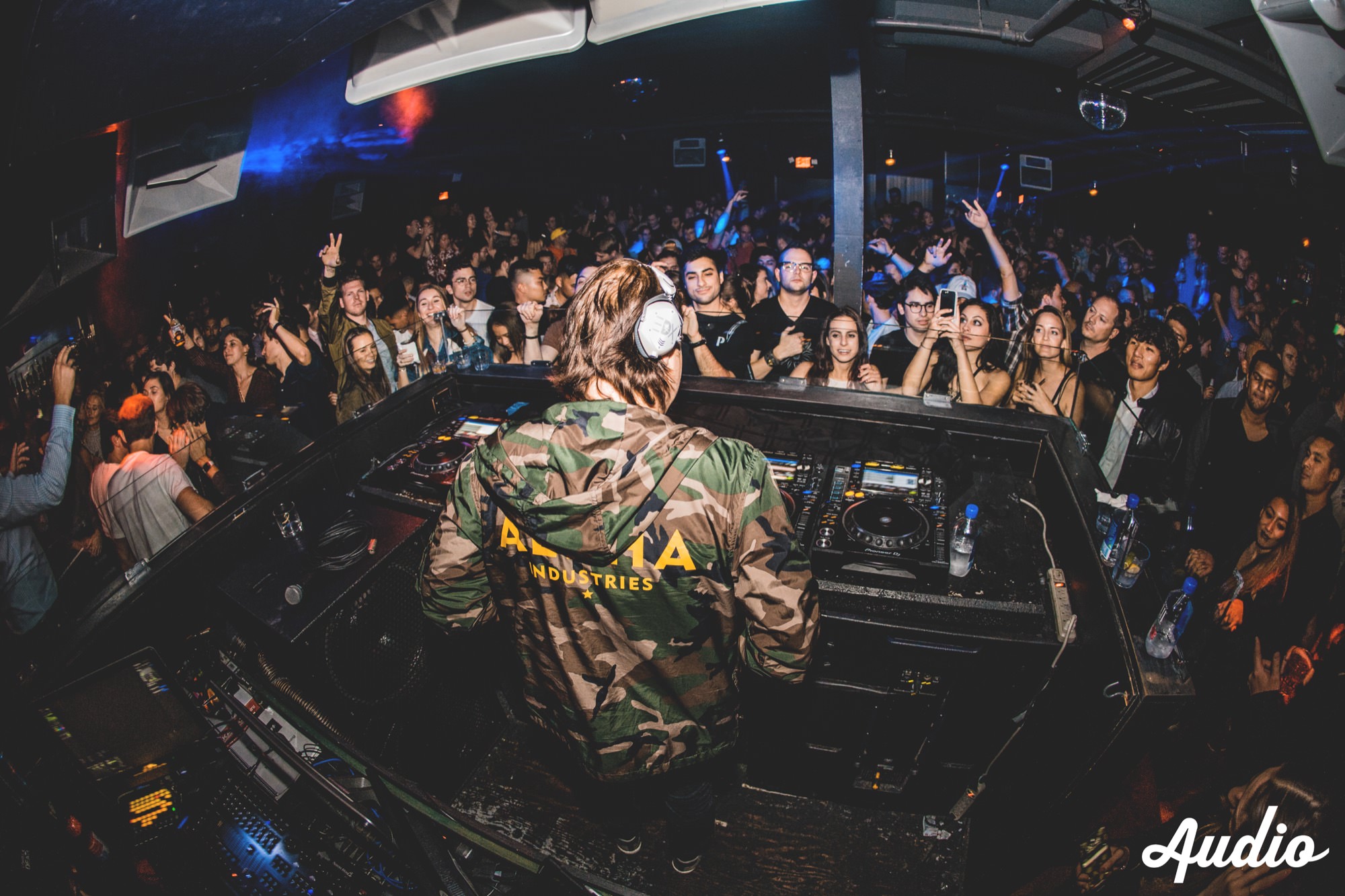 How would you compare the music scene in Switzerland compared to the US?

It’s very hard to compare two countries that are so massively different in size. What I will say is that Switzerland has a very healthy electronic scene, with a long standing tradition of techno and electronic music. Everything that is being explored in the US now, we have already explored in Switzerland twenty years ago, but in a completely different era, without social media. Everything is much louder and faster these days!

What is one thing you're most proud of this year?

It’s very hard to say what I’m most proud of, I’m just doing what I really love, you know? I’ve been working on a lot of different projects, including label work and artist management, and it makes me very proud to see my team working together to do some amazing things. Watching artists grow from scratch, to the stage where they’re performing at places like Coachella and Ultra is an amazing feeling, and I’m very proud of my team for all of the work that they put in each year.

Don't miss out on EDX's big end of year show at Avalon Hollywood in Los Angeles, CA on December 15! Tickets are available here. 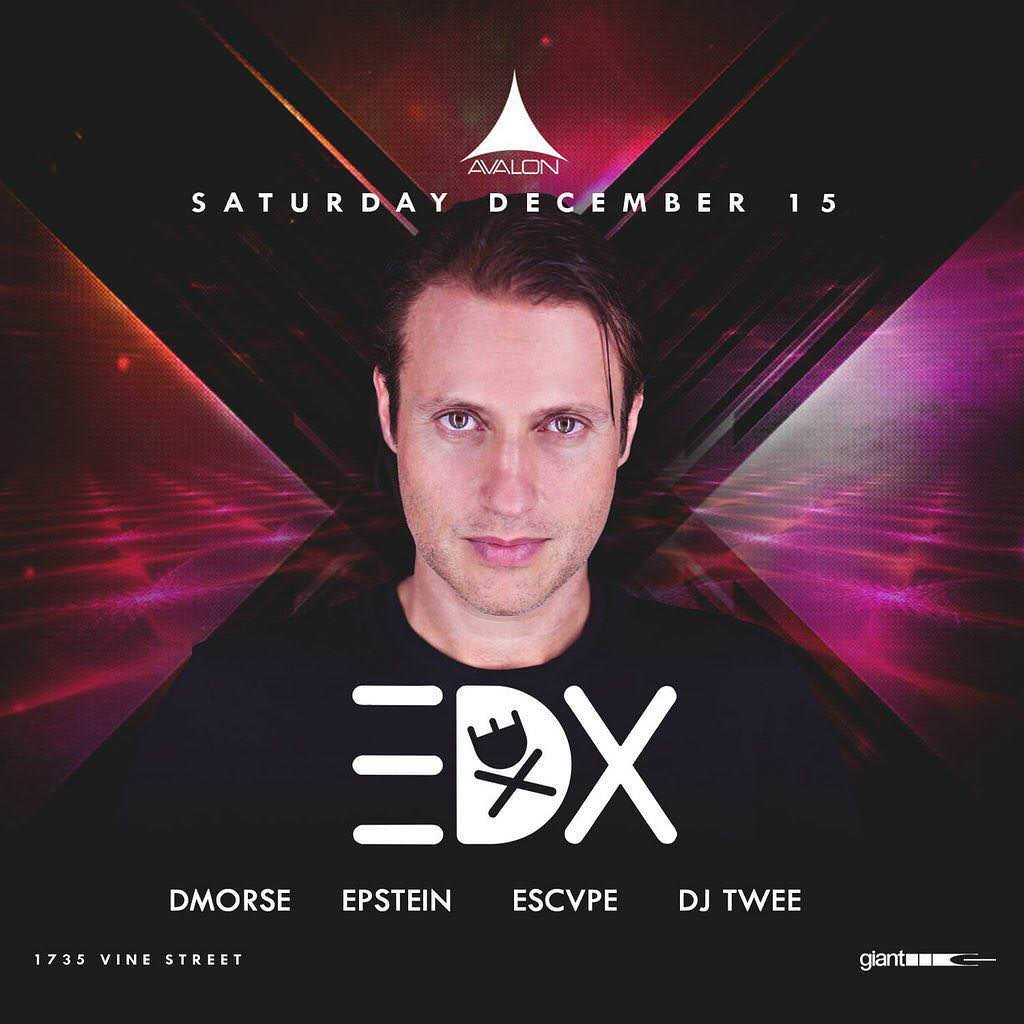