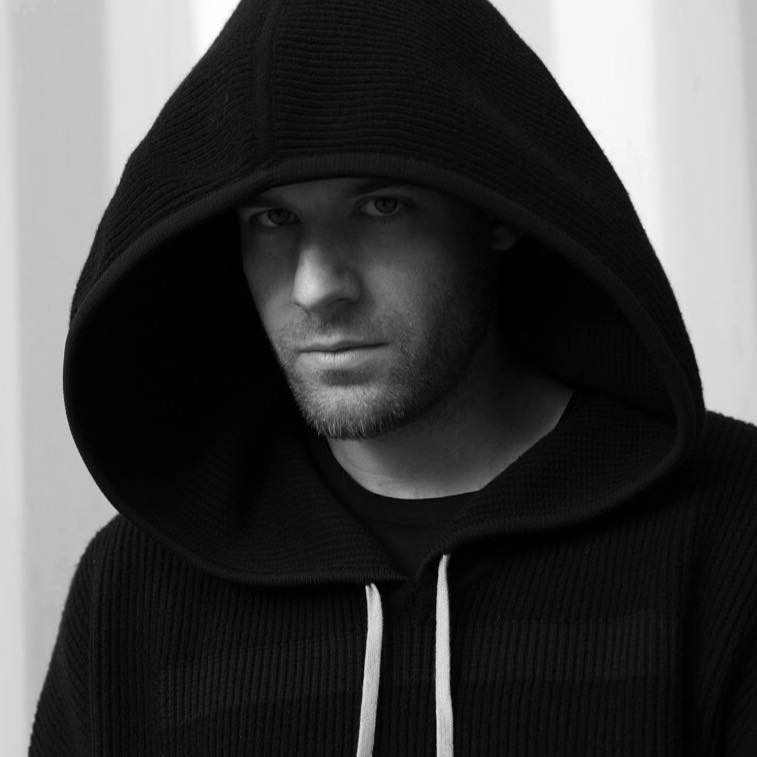 Who did you get started in music from the beginning?

The first thing that happened was I heard "Money for Nothing" by Dire Straits in my dad's car when I was 7 years old and I when I heard the guitar riff drop, I was like, I love this. From there I played guitar for years through my high school years in the 90s and got into grunge and metal. I was really into metal and never really liked electronic music until I went to a rave when I was 16 and party my face off. I had a great time and heard some drum and bass music. I really connected with it and I thought wow this is really cool. I don't need a band, I can produce music and DJ. I got into it from there and 2001 and onwards I got heavy into drum and bass and DJing and producing more. From there it just you know, slowly spiraled into dubstep and then here we are 20 years later!

Who or what is your biggest inspiration?

I mean inspiration can come from anywhere really hard to say what my biggest inspiration is. It can come from relationships or outer space or even some progressive music like Pink Floyd. It's really anything that cultivates a mood and a vibe. I combine that with stuff I know and what I think is really cool in terms of bass music like sounds that I'm hearing. It gives me an idea and then I will go try it out the studio.

What’s the story behind your alias?

So when something comes up from earth to a satellite it's called an uplink. DOWNLINK is the opposite of that sort of signal going from a satellite back down to earth. So super geeky just kind of thinking about it. I thought my music is kind of at the time when I was doing a starting the project is really getting into spacey kind of stuff and lots of atmospheric. It just sounded really like outer space, kind of like almost a transceiver it sounded very spacey at the same time. I was playing a game called The Legend of Zelda: A Link to the Past on a really old computer. Every time I had to bounce a track down I would have to wait like 15 minutes or something for the track so I go and play Zelda. That's what the initial thought was and then I looked up the word and it was also a name of a refrigerant.

I mean I've always been pushing experimental sound design in terms doing crazy sounds like Aphex Twin or even guys like G Jones. Seeing some of these guys push more experimental sides of bass. I'm not in that that much, you know a little more left field, but I do like pushing bass into strange directions and making you know quirky, weird sounds that are typical to be present in banger type dubstep, but just trying to engineer them in a way and showcase that still is funky and cool. I still at the same time kind of produce simple rhythmic like sounds. It's difficult to describe it because it has a spacey theme often times but not all of it. I don't know man, I even stopped and put a lot of different styles into my music so I can't really turn it down to one sound. I've been pushing sound design further and further and that's changed a lot. I feel like if I listen to a record I made 15 years ago to like a drum and bass record now, there are certain things within the engineering and the flow. The way that I lay my music out is kind of a simple wave because that was how old records were produced back then. In a way they are almost like techno driven and I kind of build off of the loop sounds and try to embellish upon the loop sounds and engineer them into a track. I'm not gifted musically in terms of melodies and chord progressions itself. I'm very much more like coming from heavy metal, you know, just steady grooving to a steady rip that they can get a dance by move inside. I'm very much flow-oriented.

Talk to us about your merchandise you just dropped earlier this year. Maybe what your hot sauce tastes like?

A lot of people like that grocery store item. I mean this is hotter than Tapatio. If you like hot than go for it. If you're not into hot sauce you can give this to someone else. This sh*t will probably going to f*ck them up a little bit.

Talk to us about your massive tour ‘The Doom System’. How’s it been so far?

Sometimes I question that I am still alive and still going. You know, it's kind of weird I'm little bit over the hump of the middle of the tour now, so the end is in sight and it's kind of like bittersweet and I like to keep going it has been fun. It's fun playing all these shows seeing happy people and getting to ripped it up for them and stuff. I just love that man. I love playing music for people. That's one of my favorite things in the world to do is make a track and go out and share with people on the weekend. I spend all week in the studio and look forward to that weekend when you get out there and can see people and you get to go check this sh*t out. The crowd reaction for me was like okay, I did something good and it has been great. I mean, you know, I'm not the kind of guy to go out and get passed out every sold out show on social media at this point in my life. I feel like I don't need to do that. But yeah, a lot of these shows have been sold out. People are having a good time. That's all that matters.

Talk to us about some of your support acts - AL ROSS, CONRANK, Elminat3 and PHISO.

We're super talented in our own right and in my mind people are all on their way to being able to headline their own tours and all of them have their own unique kind of style, brand, and identity. I respect all of them as individuals and I play all their music. So for me, it was like, you know, I had to look through the people that were available and also people that I really wanted to seek out and see if I could get them on board. I like all of them personally on a one-on-one level and hang out with all them one-on-one. So that's important to me. I wouldn't just throw somebody because of their industry clout or anything like that. Check all them out online and I guarantee you'll find something you like.

Talk to us about the remixes for “Threat” and “Louder”. How you usually decide which of your records gets re-interpreted?

You can just kind of see what shocks people, you know, that resonate with the fans. A couple people I had chosen to remix had originally said they would do it and then you know, sh*t got really busy for them. I know I've been there myself and you know right now I've got a remix on my plate. I won't say what it is, but it's been nagging at me.

I feel like every artist naturally gets associated with their most successful record. Do you think most of your fans think of “Robo Kitty” whenever they see your name?

Well, it's kind of made from a strikeout existence with Jeff. It's weird to have some people think "Robo Kitty", but other people say that "Gamma Ray" was the track. Probably my biggest track I've ever written that changed the the path of my life was that track I made when I came back from Mexico. I was on a trip with my family and came back and I was like pretty stoned and just was laying upstairs on the floor in my parents house in my brother's spare room. He wasn't there anymore so I had a laptop for 5 hours and then I want to finish a track. I was like I think I got something really dope and sent it to my dad. He's like, oh my god, this is so fire. I showed EXCISION and then Jeff heard it and he was like yo dude, let's put this out on my label. Then from there we kept the conversation going and the next thing, you know we were roommates and eventually ended up getting me lots of bookings in the states that solidified myself. It's great I feel like those tracks are very much the purest form of love with this project and bodies are letting you know outer space done in like a trippy kind of trancey almost a little bit progressive kind of way. They all have this weirdness in them. The drops are weird sound designs not trying to copy anybody just making like original unique bass noises sequencing them in different kind of ways that I thought at the time were really cool and and you know, a lot of people ask me to play those tracks now and then from 10-15 years ago. They are still very much like the core identity of me.

What is one thing you’re currently obsessed with?

I love my dog and I think about her a lot when I'm gone. It's like having a living bouquet of flowers or something you come home and she's just like smiling and it's amazing from that. I mean I play lots of video games, read books and stuff. And I mean, I don't know. I'm just like a chill dude, man. I also think a lot about like the future when I'm done music and obsess about the days when I can just be surfing and maybe traveling around Asia and get a motorcycle and ride around in the jungles and stuff and that's kind of what I think about it. Not that I want. 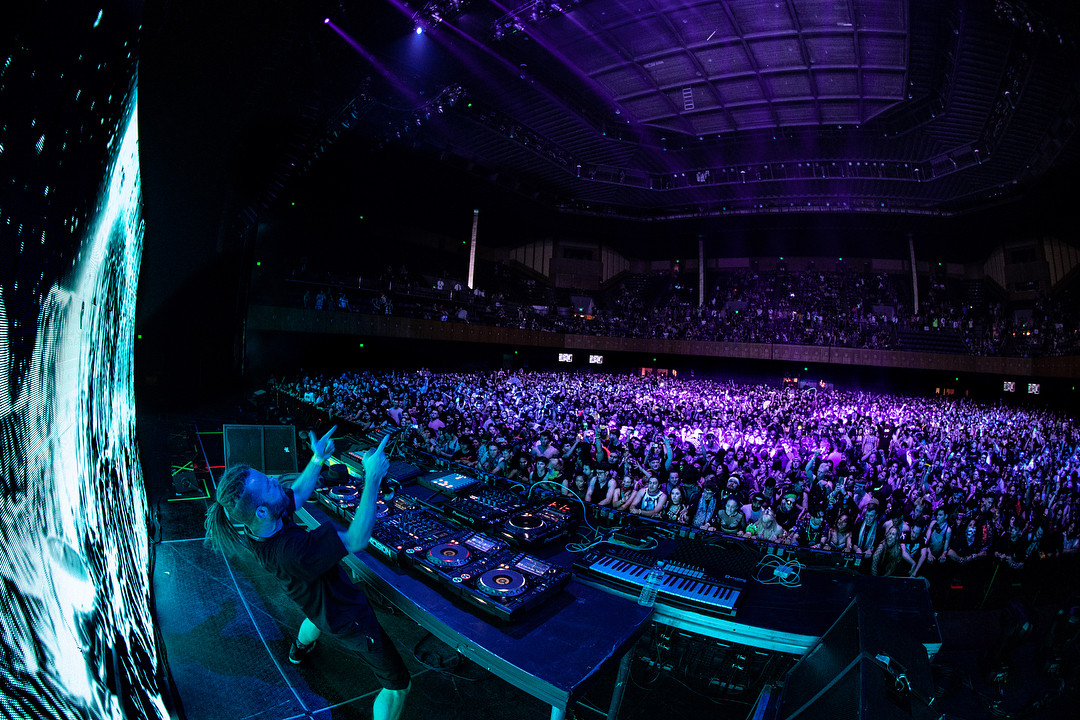