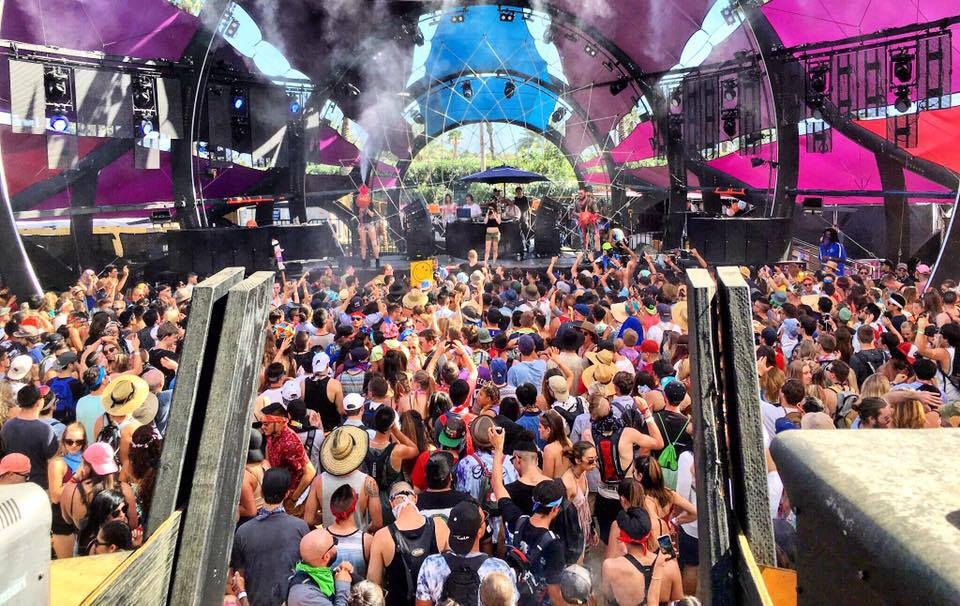 DoLaB Does It Again With Stacked Coachella Lineup

Curating their Coachella stage for the 13th year running, Southern California's perennial party planners - the Do LaB - have announced an epic one-two punch with their lineup at this year's Coachella Valley Music and Arts Festival. As the main festival has gained exponential popularity over the last decade, the Do LaB stage has evolved from a fixture in the middle of the music and mayhem into a festival all of it's own, tucked into a corner while it turns up the vibes. Proving once and again that no one can put Do LaB in a corner.

This year, the creators of Lighting in a Bottle and Woogie Weekend give you a birds eye view into the best and brightest upcoming artists, as well as internationally acclaimed talent that's set to wow the crowds. The only stage of Coachella with unique lineups for each weekend, this year they're sure to bring the bass vibes of the Thunder stage, the House we know and love from the Woogie - and of course, the technicolor stage production that we've all grown to love. On a personal level, I'm super excited for this year's Coachella because Do LaB will be unveiling a brand new stage design that's sure to be an architectural delight.

Weekend One boasts artists ranging from Los Angeles' own Low End Legend GASLAMP KILLER, the delicious beats of FKJ, and sets from TARA BROOKS, SHIBA SAN, Hayryre and MR. CARMACK. On the flip side, Weekend 2 features CLAUDE VONSTROKE's alter ego - or first ego for that matter - Barclay Crenshaw, JAN BLOMQVIST, a little SoCal spotlight with the Focus OC Squad - NonFiction and JOSH BILLINGS - and a Desert Hearts takeover with MARBS, MIKEY LION and LEE REYNOLDS, Drum and Bass a la LIQUID STRANGER and NETSKY, and additional support by K-NG $PRINGS, JUSTIN MARTIN, Jan Blomqvist and much, much more! 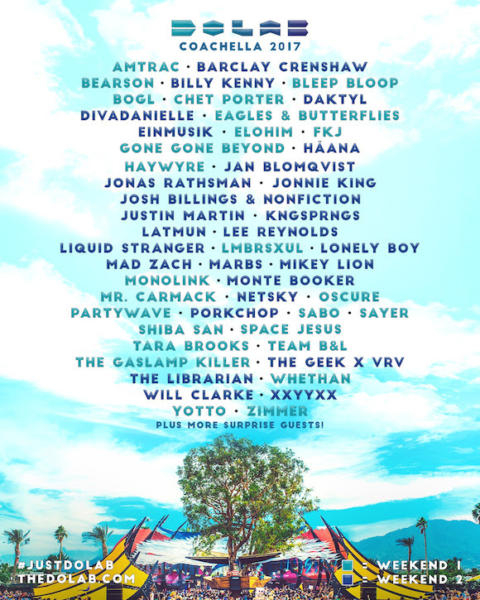 The full lineups are below by weekend and in alphabetical order:

Do LaB at Coachella 2017 Lineup

Can't make it to Coachella this year? Never fear - there will be plenty of ways to prepare for Lightning in a Bottle, Do LaB's fabled Spring festival, including parties all along the California Coast! For more on the Do LaB and Coachella, head to their websites or social media channels -