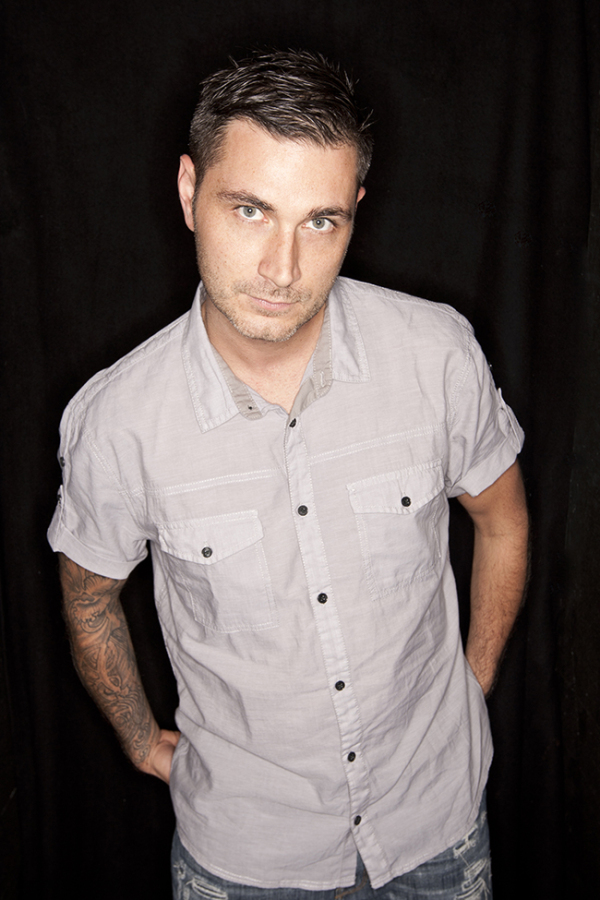 Sean Tyas, a New York native, now residing in Switzerland, brings to the dance floor a mix of melodic harmony and driving groove that is sure to be just as effective on the legs as it is on the heart. We got a chance to catch up with him during his tour.

Are there any upcoming singles or projects we should know about?

I do have some stuff releasing with a lot of the newer guys, but you guys will be the first to know, actually that I have a huge collab releasing with NOAH NEIMAN and FISHER on vocals. I’m really proud of it, and though it’s a little different from what you’d expect from me, it hits really hard and is pretty aggressive. Just remember to look out for that one—it’s the most excited I’ve been for a release in a while!

How were you introduced to dance music?

It was back in 1990 and my uncle had brought me a cassette with 3 different mixes of APOTHEOSIS – O Fortuna on it. I was just a kid, but this song took me by storm. I loved it so much that I went to the music store to get more of it. I actually got another duplicate tape so I could play it on repeat, all day. This is back when it was ALL called "TECHNO". Ha, how vague!

Where are you originally from?

I'm originally from New York, though I've been living in Switzerland for just over 8 years. I miss being back in the states, but luckily my job allows me to be over there quite often :) Who is your biggest musical influence?

My biggest influence would have to be PAUL VAN DYK, and that would be pretty obvious in my style of music I think. His timeless trademark of high BPMs, pounding kicks, and offbeat basslines has arguably influenced all of what many call the "uplifting" trance sound that so many people love.

How would you describe your production sound?

Really just like what I said above. In my productions, I like to focus on having a solid melody, euphoric drops, and edgy or metallic, acidy sounds for driving parts leading up to the breakdowns.

Tell us a little bit about your upcoming collaborations?

It certainly is a year for collaborations! Already having worked with GIUSEPPE OTTAVIANI less than 12 months ago (who is another one of my main influences), I'm probably the most excited that I'm doing one with Paul van Dyk for his Politics of Dancing 3. That feels like a true accomplishment for me. Aside from that, I've just finished up a collaboration with DARREN PORTER called Nova 7, which is EXTREME “pure trance”. Coming up in the near future are more collaborations with the likes of PHOTOGRAPHER, EXIMINDS, and Noah Neiman. On the vocalist collaborative front, I am working with Fisher intensely on a few tracks actually, and also doing another at the moment with ALANA ALDEA. VERY excited for these all to release.

Who is the next big vocalist to watch?

You know, I'm not really the right person to ask. I’ve never been a vocal advocate per se, not like someone like DASH BERLIN would be anyway. But I would love to see Fisher really get the exposure she deserves from all this amazing new material I've been hearing from her. Some truly awesome stuff that I think any music fan will fall in love with. What has been your favorite gig so far this year?
That’s always a tough question! If I had to choose, I would say ASOT 600 or Luminosity Beach Festival. ASOT is of course just an honor to play at, so that requires no explanation. Luminosity is a very special and unique festival near Amsterdam. There is just this absolutely wonderful vibe that people really should (and quite frankly, need to) experience.

What is your most embarrassing moment as a DJ?

What's never fun is when your beer decides to shoot out all over the place if accidentally slam it down on the table too hard. This becomes particularly embarrassing if its anywhere near the gear on stage. I’ve done it a couple of times and it’s always a huge “OOPS!” moment. Luckily I’ve never seriously damaged any of the equipment at the venues.

What would you like to say to your fans?

I really appreciate all of your continued support! To keep up with all my releases and tour news, make sure to follow/like my Facebook and Twitter accounts. There are a lot of surprises still to come this year. Don’t forget to check out Tytanium Sessions (A State of Sundays Edition) on Sirius XM Electric Area, every 2nd Sunday at 6PM EST! Also, if you haven’t already, get over to iTunes and subscribe to the Tytanium Sessions podcast.