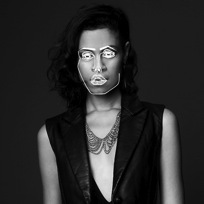 The brother duo Guy and Howard Lawrence, better known as DISCLOSURE, are no strangers to success. Over the past year, they’ve turned out several tracks that simply beg you to hit the dance floor. “Latch”, their smash single from the past year, reached the 11 slot on the UK Singles Chart and has gotten the remix treatment across the board with Trap and Deep House remixes from the likes of NORTHIE, ZED BIAS and JAMIE JONES. And to boot, they’ve released not one but two smash remixes to the sultry vocal track “Running” by JESSIE WARE.

Their latest single “White Noise” is simply Disclosure at their best. The jam fuses the industrial, deep house flavor they’re known for with haunting vocals by Aluna Francis of the London electronic duo AlanaGeorge; the result is a track you can’t help but move to, that literally begs the listener to the middle of the dance floor. The single is set to release on February 17 and their studio album should be dropping sometime in March this year.