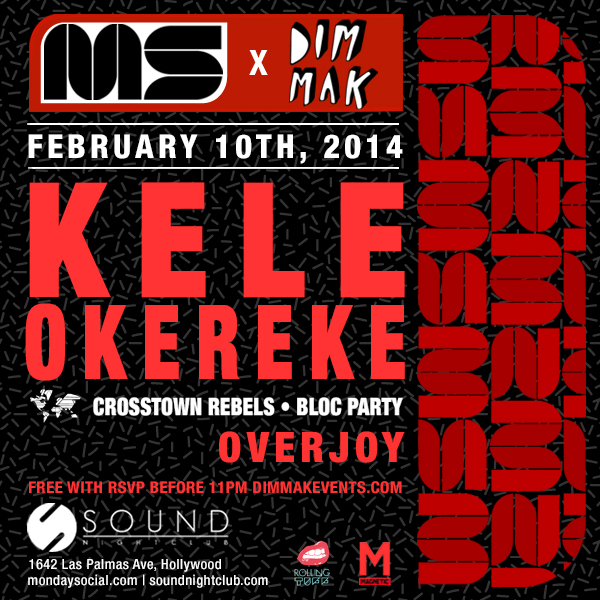 Next Monday, Dim Mak Studios and Monday Social - one of the longest running weekly parties in Los Angeles - are getting together for a special Monday night at Hollywood's Sound Nightclub with KELE OKEREKE. Kele first stepped into the music scene as the front man of the UK rock group BLOC PARTY and since then, has made a name for himself as a solo artist. He's currently touring the US in support of ' Heartbreaker' his latest EP, releasing later this year on British Tech House and Deep House label Crosstown Rebels. Joining KELE OKEREKE is OVERJOY - made up of Los Angeles locals DJ HOFF and DJ METRIC. Monday Social is FREE before 11 p.m. with RSVP and $20 after.

Stay in the know with the lineups at Monday Night Social and Dim Mak Studios, and keep up to date with KELE OKEREKE with his socials -
The DJ List | Website | Twitter | Facebook | Soundcloud | Myspace