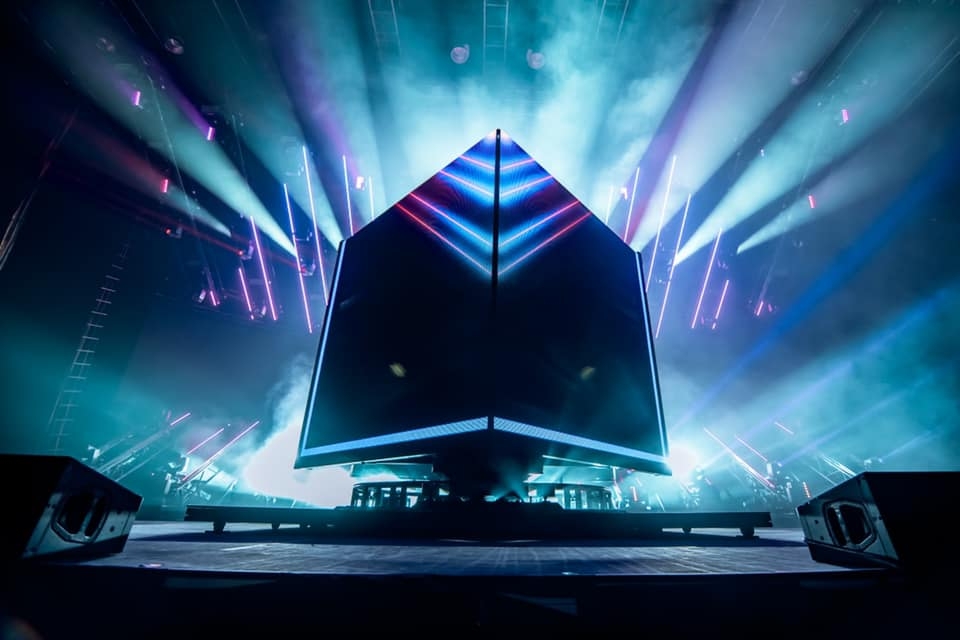 Deadmau5 aka Joel Zimmerman rang in the new year last Tuesday on December 31 at the Bill Graham Civic Auditorium in San Francisco with singer LIGHTS as well as supporting from JUSTIN MARTIN and QRION. The show was part of a massive North American tour showcasing DEADMAU5' newest generation of his production galore dubbed 'cubev3'. CubeV3 is now a 'live' cube where it can change positions from 90 degrees to 45 degrees while being able to rotate full circle with massive LED displays. The show was definitely a mind blowing experience with his musical talent and show production. Just like his decade plus musical career, his production has improved tenfold from the earlier generations of the cube exactly 10 years ago at Coachella. What most people enjoy about deadmau5 apart from his spectacular shows and music is that he is one the few that remains true to himself often doing things on his own and is far from being the kind of artist the bandwagons the trends. 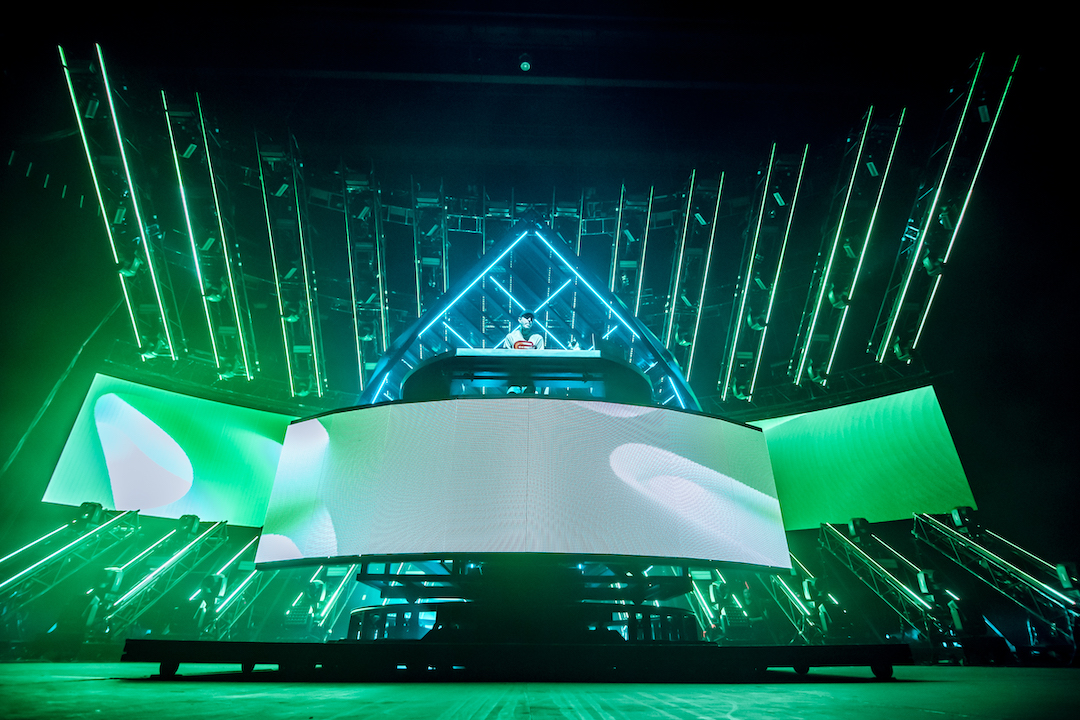 Before Joel even got on, the venue was already filling up and you can feel the excitement building as Qrion and Justin Martin took on the stage. When it was time for deadmau5 to perform there was a brief intermission as the stage crew began to prepare for his appearance. During this time you can see and feel the anticipation among the crowd as people began to slowly move forward closer to the front. Meanwhile the merchandise booth had a mob of fans trying to catch their luck with a favorite collectible mau5 pin and other memorabilia. 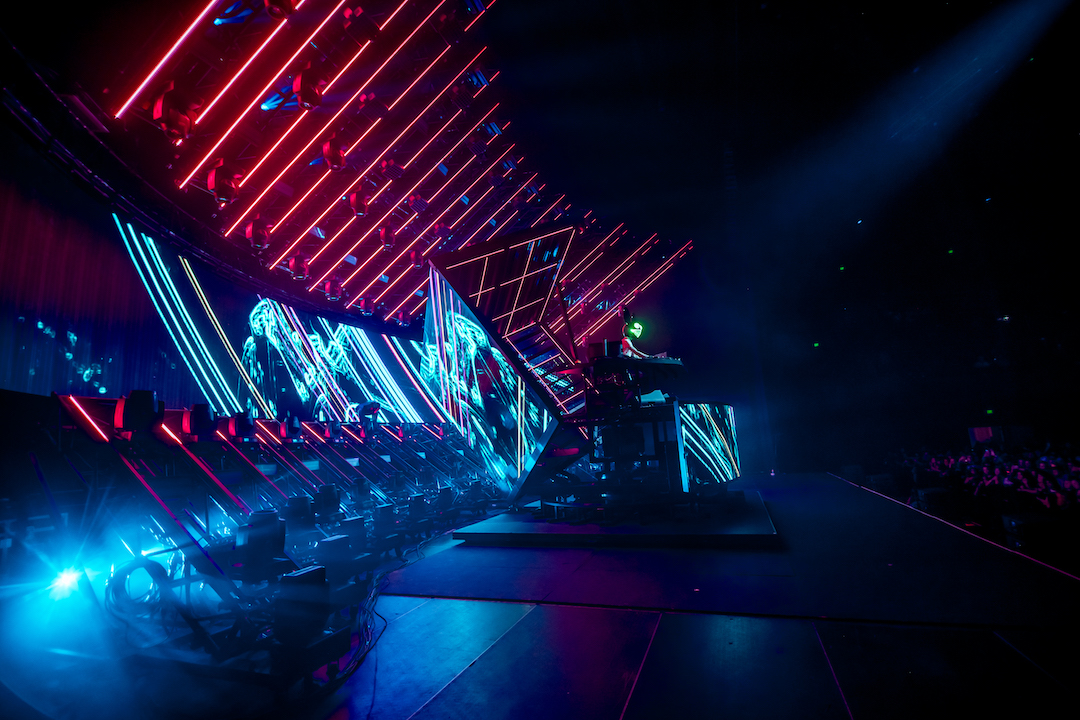 As soon as deadmau5 got on the crowd started roaring and the running lights behind the massive cube created an encapsulating experience. From classics like Strobe, Arguru, Ghosts 'N Stuff ft. Rob Swire to his latest releases like COASTED, FALL, SATRN - he played them all and everything in-between. One of the most memorable moments was when he dropped "Cthulhu" and the audiovisuals from the cube was otherworldly...to say the least. The visuals that were paired with every track were all different and complimented every song perfectly that any fan would greatly appreciate. In all, the show was everything but dull and it truly felt like a real concert which is rare in today's modern electronic music scene. Attending a deadmau5 show is being teleported into Joel's creative vision where his music takes form in the most unique ways. 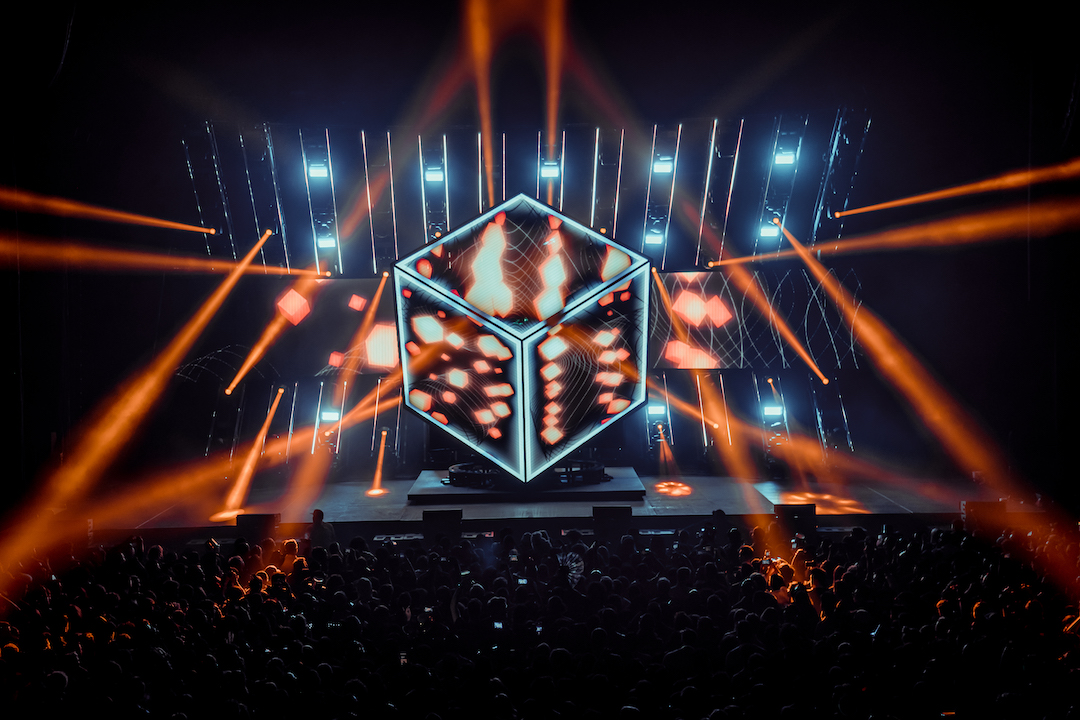 After the main show deadmau5 performed a very exclusive after party at 1015 Folsom as TESTPILOT which is his other alias where he performs with a darker, techno sound. Joel performed a remarkable 2 hour set and it is incredible to see such passion and drive because he began at 5 A.M. and finished after 7 A.M. What is special about this show is that he did not drop a single track from his deadmau5 catalog, instead he embraced more a traditional open format DJ playing some of his favorite tracks from other producers that fit his sound. While this was a different experience from the cube show, it was a nice closure to almost 12 hours of music from Joel.

Be sure to catch the remainder of the CubeV3 tour here.