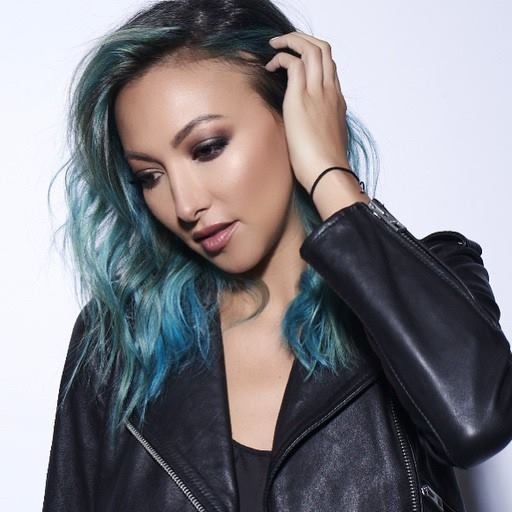 Off the Dance floor with Powerhouse Lauren Lane

If Memorial Day Weekend marks the unofficial kick off to summer, then I guess we've officially started our summer party plans. Tomorrow you'll catch The DJ List at Jamie Jone's very own Paradise in the Park. You may have remembered the roving party series made a stop in LA a couple years back, and I'm happy to report that it's back again for another round of good vibes and great dancing! Purchase TICKETS here.

Up ahead of tomorrow, I had the chance to sit down with a very busy, very inspiring LAUREN LANE to chat about everything from her beginnings as a house party DJ in NYC to her favorite Ibiza memories [CATCH HER there this summer!]. Lauren is one of the hardest working people in the industry, and an inspiration to music fans around the world. Thanks Lauren for taking the time to answer our Qs - We can't wait to catch your set tomorrow!

The DJ List: I read that you started your DJ career in NYC. Can you give us a little background about your experience working in the house music scene there / underground in general?

LL: I think New York has always been a special place for house music and I feel like getting to get my start there was a blessing. During that time, social media wasn’t a big form of promotion, so you had to really get out there and network, show your face in the scene. You had to prove yourself through smaller gigs and work your way up to bigger gigs, to opening gigs and finally to the main floor. I think that working my way up from basements to side-rooms up to the main floor really built my skills as a DJ.

NY’s scene has really evolved since I lived there. Most of the parties that play the same music that I like to listen to and play went from being in Manhattan to Brooklyn now. So yeah, New York continues to change and evolve, but I think the city will always be an incubator and facilitator for house and techno, for sure.

The DJ List: There’s definitely been a revolution lately in Brooklyn. In general, what brought you into the world of house and techno? Did you start off as a musician early on, or what was your general path to becoming a full-time DJ?

LL: When I was growing up, I was into dance like classical/tap/ballet, and I did that for about thirteen years, plus I played the piano and flute. So I definitely had a lot of music going on in my life from a young age.

When I was growing up, my mom and dad listened to really good Motown and Disco collections. I also really enjoyed listening to 80s-90s music, as well as classic rock in high school.

I was a teenager when I first started going to raves and clubs. I grew up in Philadelphia, so I got exposed to their type of rave scene, where I would sneak out of my house to go to JOSH WINK’s parties. There were some really fun raves happening in Philadelphia at the time and this became the basis of my love for the dance music scene.

When I moved to New York, I kind of fell back into it again when I was hanging out with a bunch of people that were working in the music industry and who were DJs. I started helping them find music for their DJ sets through record shopping. Then finally, one day, I was at my friend’s house – he was a DJ  – and he decided he was tired of DJing. He was actually just too tired and wanted to rest, but he had a whole apartment full of people and nobody else wanted the party to end! So I said, “You know, I’ll DJ,” and he was like, “Well you don’t know how to DJ” and I’m like, “I’ll figure it out.”

So he gave me a quick crash course – like, literally 30 seconds (laughs) – and from that moment on, I spent the next 8 hours DJing that party and I was instantly hooked. DJing became a hobby: from building my own record collection, to getting my own chance to DJ at some lounges and clubs in NY… to finally getting to start traveling and playing in different cities. Producing my own music kind of evolved from there.

The DJ List: Quite an immersive way to learn. Who were some of your early artist inspirations, electronic or otherwise? Who inspired you early on musically?

LL: Yeah, I had a wide range of music exposure, for sure.

The DJ List: You’re scheduled to play at several shows in Ibiza this summer. Can you tell us one or two of your favorite Ibiza memories? Do you have a particular party over on the island that you like to play at most?

LL: That’s a reaaally tough one. I’ve been going to Ibiza for a while now, been playing there for five summers and going there even longer than that. But – oh man – it’s tough to pick just one memory.

The first summer that I went there was so special. At the time, I had been living in NYC for quite a while and I had a narrow perspective on what the house music scene was like. When I went to Ibiza the first time, my whole, like, bubble popped.

That first summer in Ibiza, I was at this little party with Guy Laliberté. It was the first time I’ve ever been to a party there and it was just crazy because there were Cirque du Soleil shows and then this. I was with a bunch of different people that were signed to labels at the time; different DJs, and my closest friend was there, and I had this moment when I realized that I wanted to be able to live [in Ibiza] and I wanted to spend summers there DJing. I knew I needed to give up everything else I was holding on to in New York. I quit all my other jobs to focus [on my DJ career]. So that’s probably one of my top favorite Ibiza memories.

Also getting to play at Paradise (DC-10) and RUMORS (Destino) over the years has been special. [Paradise Founder] JAMIE JONES and [RUMORS Founder] GUY GERBER were the first two people to give me a chance to DJ at their parties, so both of those people and memories are really special to me.

THE DJ List: So what’s your favorite festival or event to attend just for fun, not as a DJ?

LL: Burning Man for sure. (laughs)

THE DJ List: Burning Man, nice. And how do you hope to grow as an artist moving into 2020 and beyond? Do you have any dream collaborators you’d like to work with?

LL: My evolution this year is going to focus on growing my own record label, Recreation. I’ve been wanting to curate my own label for a while, and it just came to the point where it felt like the time was right. The first release is going to be out in a month or so; it’s an official remix that I did for TLC. As I grew up listening to the 90s R&B trio, it’s pretty amazing to have the opportunity to do a remix of them and getting that out as the first release on my label. Followed by that, there’s going to be samples from some of my personal friends whom I believe in, plus another EP from myself… it’s exciting. And I’m pretty happy to have gradually evolved over time, from being able to return to Ibiza again and to playing at other festivals in North and South America.

The DJ List: And finally, the last two questions:

When you’re not making music, fans can normally find you…

LL: On the dance floor.

The DJ List: Same. And what is next for Miss Lauren Lane?

LL: Well besides the label, I’m doing my own eyewear line… so that’s a really fun project and you can find that coming out this summer as well.

I’m looking forward to getting into fashion because it’s always been a passion of mine – I think fashion is another way to express yourself creatively. It’s pretty cool to be able to broaden my horizons and get involved in fashion as well as music. I enjoy maintaining a balance between festivals, raves, DJing and traveling while working on health and wellness, too. I’m a strong believer of a plant-based diet and getting into nature, hiking and enjoying that side of traveling.

Alright Lauren, this concludes our interview – thank you!

LL: Thank you so much, I appreciate it!