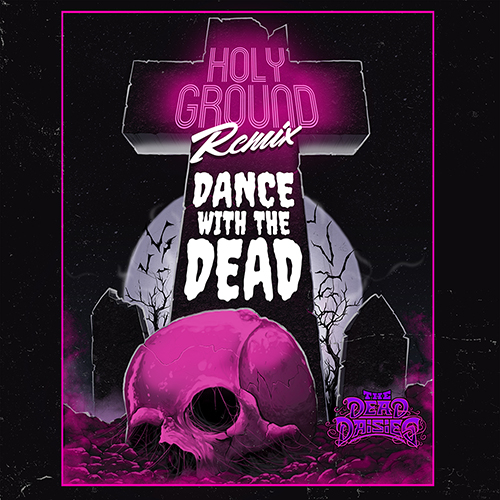 Dance With The Dead Revisit "Holy Ground" From The Dead Daisies

"Holy Ground," an epic, guitar-laden sound from rock group THE DEAD DAISIES, has just been remixed by fellow talents DANCE WITH THE DEAD. They have not only made a rework but it's followed with an official music video that features vibrantly coloured visuals and bold rock silhouettes.

Dance With The Dead have injected "Holy Ground" with retro vibes, capturing a fusion of disco and electronic beats amongst its strong vocals from TDD lead singer Glenn Hughes. A slow build and striking drum claps are soon inducted into the mix and this record begins to take a whole new form.

Check it, and the video, below.

dance with the dead the dead daisies