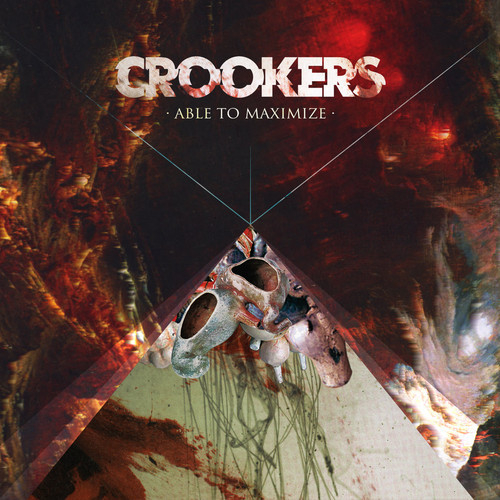 Electronic grand wizard, Francesco ‘Phra’ Barbaglia, aka CROOKERS launches the summer season with a brand new single "Able to Maximize" out now via Ciao Records. Renowned for his high-octane, no-holds-barred live shows and productions, this incendiary release is currently setting dance floors ablaze, with a remix package from CHUCKIE, FRANSKILD, MAO set for release on June 2, along with bonus remixes from DIGI and SUCK FAKE.

"Able to Maximize" is a reflection of where Phra is with his sound at the moment. Fully immersing himself with his songwriting craft, experimenting with different effects and approaches until he was sure that he had the sound he was was looking for.

"The idea for the track came about one night when Dilligas and I were hanging out at home,” explains Phra. “We were in the studio playing out old dub records and discovered this little mad MIDI file.” He goes on to add, “I lifted the drum sounds and distorted the hell out of it, adding my own little signature.” The end product was a resounding success with Crookers making it a staple tune in his new live sets. “It always puts a smile on people's faces. It's probably a good thing because as my grandma used to say, It’s impossible to see an ugly face if it's smiling.”