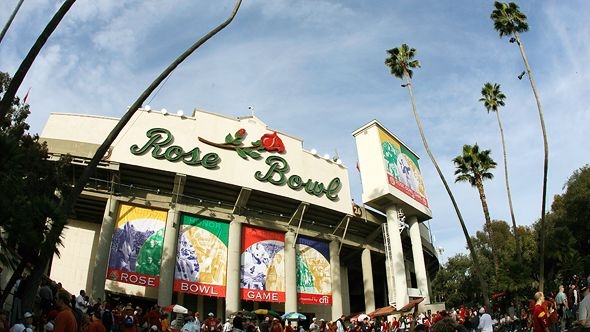 With Coachella less than two weeks away and hype about the East Coast's Panama Music + Arts Festival premiere later this year, it's refreshing to hear that AEG is finally gearing up to bring the Music, Art and magic back into Los Angeles - where it belongs! With great excitement (and some slight disdain from Pasadena residents who fear for their musical tastes to be expanded), The Arroyo Seco Music Festival is slotted for 2017 - and it's got this East LA resident all sorts of pumped.

"As we embark on another busy events season, we are always thinking about the future. To that point, the Rose Bowl Operating Company and the City of Pasadena continue to evaluate potential opportunities which fit with our community and which could contribute much needed revenue to maintain the historic Stadium for years to come. As you may be aware, one such proposed event is a Music & Arts Festival at the Rose Bowl and we wanted to share with you a little about the concept and also key aspects of the decision-making process." - Official Rose Bowl Statement

The Arroyo Seco Music & Arts Festival stands to be a world class event eliciting massive acclaim from audiophiles, musicians and fans alike and Pasadena is the perfect city to carry on the tradition that Coachella would set forth. Proposed to be held over either a two or three day period in June of 2017, the ASMAF would hold true to the Coachella tradition of artist tastemakers and bootyshakers from around the globe.

With the magnanimous amounts of internationally renowned talent, Coachella has always been a current Who's Who of the Music circuit from across the genres, Funk, Folk, Big Band, Rap, Alternative, Disco, Dubstep, EDM, Punk Rock and so much more; bringing a festival of this caliber back to the city of Los Angeles that so desperately wants a festival they can at least metro to would be sweet, sweet music to our dancing ears.

More as the story breaks, but for more - head to the official Rose Bowl Webpage for a statement. For more on AEG, head to their website here