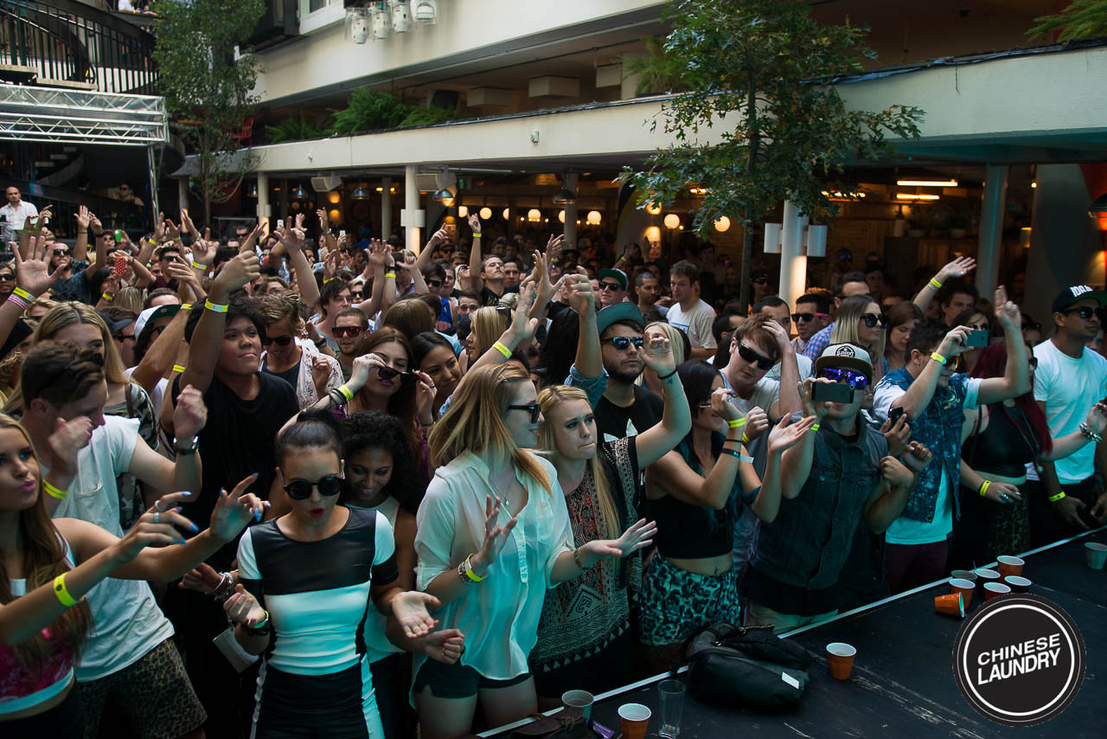 Chinese Laundry’s new music program will be led by an impressive team from Soapbox Events who bring with them an intimate knowledge of the Slip Inn hot spot. With a keen ear to the underground, they will deliver a vanguard of exciting names each and every week. The enviable line-up will feature a mix of new generation talent peppered with internationals and original pioneers of the sounds including MOTEZ, DRUMSOUND & BASSLINE SMITH, MERCER and ANKLEPANTS.

BASSIC will take over every Friday at Chinese Laundry, focusing on the freshest sounds and biggest bass names from Australia and around the world. Covering the full breadth of bass sound including Future, Australian Sound, Trap, D&B and Bounce, BASSIC will officially launch on Friday, 1 August with a headline set by British drum & bass act, Drumsound & Bassline Smith. BASSIC will also play host to two monthly events; the first curated by BOSS BASS with the likes of HATCH, Hydraulix, Chenzo and Autoclaws and the second monthly night coming via KLP from Triple J’s House Party. KLP will bring the vibe with her monthly KLPARTY, with the Sydney DJ bringing her signature blend of party bass delights.

LNDRY kicks off on Saturday, 2 August with a smashing headline set by Australia’s house music tastemaker, Motez. Highlighting the most upfront names who sit on the fringe of house, techno, electro and deep house, LNDRY will boast a weekly line-up of exciting local residents, Australian headliners and big-name international acts. The night will run across three rooms including The Laundry (house & electro), The Cave (progressive house & techno) and The Sand Bar (party hip hop).

Chinese Laundry’s infamous Garden Parties will also make a highly anticipated return to the Slip Inn courtyard. With a focus on delivering the biggest international names in an amazing outdoor party, the Garden Parties will be launching this spring and running throughout summer.

Tim McGee, Ministry of Sound Australia, said: “We are thrilled to extend our relationship with Merivale and be part of the next chapter of Sydney’s most loved and longstanding venue. With a refocus on the music that matters most to Sydney’s discerning club crowd, we want to bring the cream of cutting edge underground artists and local residents who form the backbone of the club community, along with the return of genre pioneers”.

Chinese Laundry is also set for a re-fresh with a host of leading street artists coming together to create a twisted, neon-charged art installation that will take over the club’s walls. The new artwork will be curated by Brett Chan, alongside Kyle Montgomery and Days One.

The Chinese Laundry and Soapbox Events partnership follows the incredibly successful collaboration between Merivale and Ministry of Sound for Pacha Sydney - the weekly event has been named Australia’s #1 Club Night in 2013 inthemix Awards, Nightclub of the Year at the 2013 Australian Liquor Industry Awards and Best Promotional Concept at the 2013 AHA NSW Awards for Excellence.