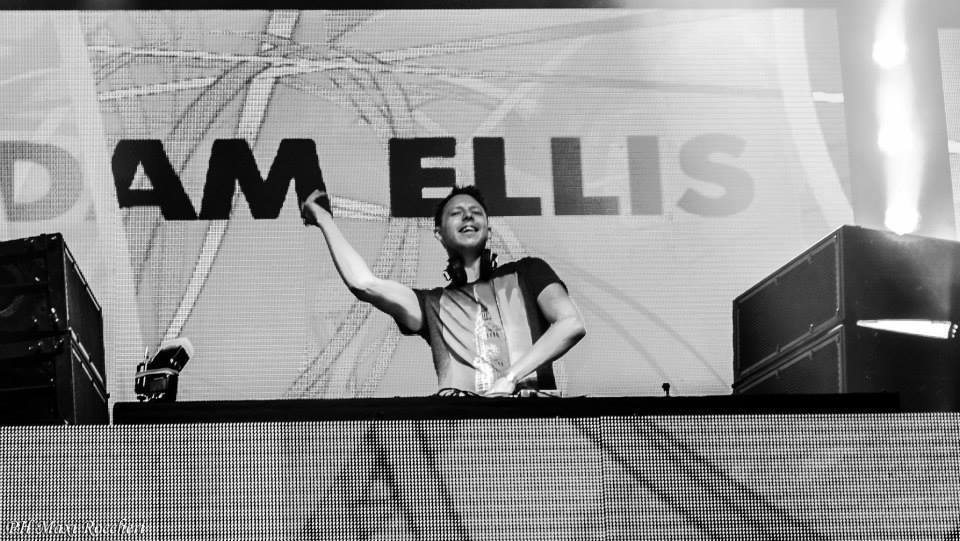 This year so far has been a massive one for ADAM ELLIS, who has exploded into the 140 Trance scene with both a massive remix of the classic Planet Perfecto tune “Bullet in the Gun” as well as his original “Napalm Poet,” released on Bryan Kearney’s Kearnage Recordings. He has gone from completely unknown to touring multiple continents, while his tracks continue gaining continuous support from some of the scene’s top names. He has made the #1 spot on the Beatport Top 10 for trance twice so far. Adam was kind enough to sit down and chat with us, so let’s get to it.

So far 2013 has been a massive year for you! How did you get started?

It all started in October 2007, when I bought FL studio and picked up some cheap gear to just start messing around with. I spent the next year messing around and I realized this is what I really wanted to do; I wanted to make trance music. So, finally around 2012, I finished Napalm Poet, which I had been working on for years. I did not want to send it to anyone until I felt it had that “professional sound” and I felt I finally had found that. So, I put that aside and started looking for another project. I found the acapella online for Bullet in the Gun and decided to give it a go; I ended up finishing the track in just under a day and a half! I was so surprised! I guess I had the ability to finish a track for a while, I just had not had the confidence to actually finish it. So, then I bought some proper AKG studio headphones and knocked out the mixdown for both tracks. Oakenfold somehow heard [Bullet in the Gun] and started supporting it and shortly after I got an email from Perfecto asking if I’d be willing to sign a contract for it to release. Of course I said yes! So, I sent a message to Bryan Kearney introducing myself after I had put out Bullet in the Gun and asked him to take a listen to Napalm Poet. He said, “This is exactly the kind of music I’m looking for on my label.” Then, he told me he was going to play it out at his gig at Rong, which is only about an hour and a half away, so I got my mates together and went to the show. When he played it, the feeling was unreal. Hearing someone who’s such a respected producer/DJ like Bryan Kearney drop one of your tracks at that kind of show is unlike anything else! This was also around the time of ASOT600 and I was convinced [Kearney] was going to play it during his set at Den Bosch, so my mates and I pulled an all nighter to hear it! So, yeah from there things just started going up!

The attention Napalm Poet and Bullet in the Gun drew to Adam led you to being tapped for remixes on both Future Sound of Egypt and Subculture, two of the biggest trance labels in the world. One was Paul Webster & Arctic Moon - Valhalla and the other was Agnelli & Nelson - Quest. What happened after that?

Well, the guys over at Subculture really liked my remix of Agnelli & Nelson’s “Quest.” After I did another remix for the label, Luke Terry’s “Optica,” I was approached by RJM Promotions. We chatted a bit about possibly joining the roster and after a few months it was official. They also manage artists like Sneijder and Ummet Ozcan, so that was massive for me. Couldn’t believe it (laughs.)

What were you doing for work while all this was happening?

I was working a retail job man (laughs.)

Man, that’s got to be nuts to go from one to another like that

Yeah mate its been unreal, I couldn’t believe it! It all just started happening at once!

So from there you actually got offered a gig in Argentina right? What was your reaction?

They told me they were going to fly me to Argentina for Subculture Night to play in front of 9,000 people. I jumped out of my chair and started screaming (laughs.) Life changing moment, mate. Totally unreal.

Well you know, I consider myself a producer and an engineer. So all the attention and the crowds, its all been pretty weird for me. And before Argentina, I had only played small clubs here and there, so stepping out in front of 9,000 screaming people was a bit scary (laughs.) Life changing experience mate, I hope it happens more next year!

Is there anything special you like to do before shows to get people excited?

Well you know, I try to interact as much as possible with the fans, because I’ve been shown so much support! I try to give back as much as I can. For my recent US tour, I got some t-shirts and wristbands made, then gave them away in Facebook competitions. I also try to do video diaries too, then post them on YouTube. My fans are really special to me, because they’re an important part of the memories I’m forming right now, you know? This has all been a dream come true, so I just try to do what I can to reach out.

So how are you dealing with it all now?

I just take it as it comes, mate. I have a schedule where I either work on tunes, work on mixes, or respond to messages.
Do you have anything releasing soon?

Well, I’ve got one single, “Mandarine,” which just released on Subculture alongside a release from Jordan Suckley. I’ve also got another one called “Velocity in French” which has signed to Monster Tunes and is due out mid-Spring. For remixes, I have two big vocal tracks from two of the industry’s biggest artists, along with a few others I can’t really mention right now (laughs.) This year will see me focusing more on original tracks and collaborations though, less remixes.

Awesome man, well thanks for taking the time to sit down! Anything you’d like to add in closing?

I’d just like to thank everyone who has helped out and supported me! It’s been an unreal experience so far mate. I’m my own worst critic when it comes to my work, so I really appreciate the encouragement and support I’ve been shown. Both from artists and fans!

You can tune into Adam’s monthly radio show “The Void” on Afterhours.FM every 3rd Wednesday of the month!