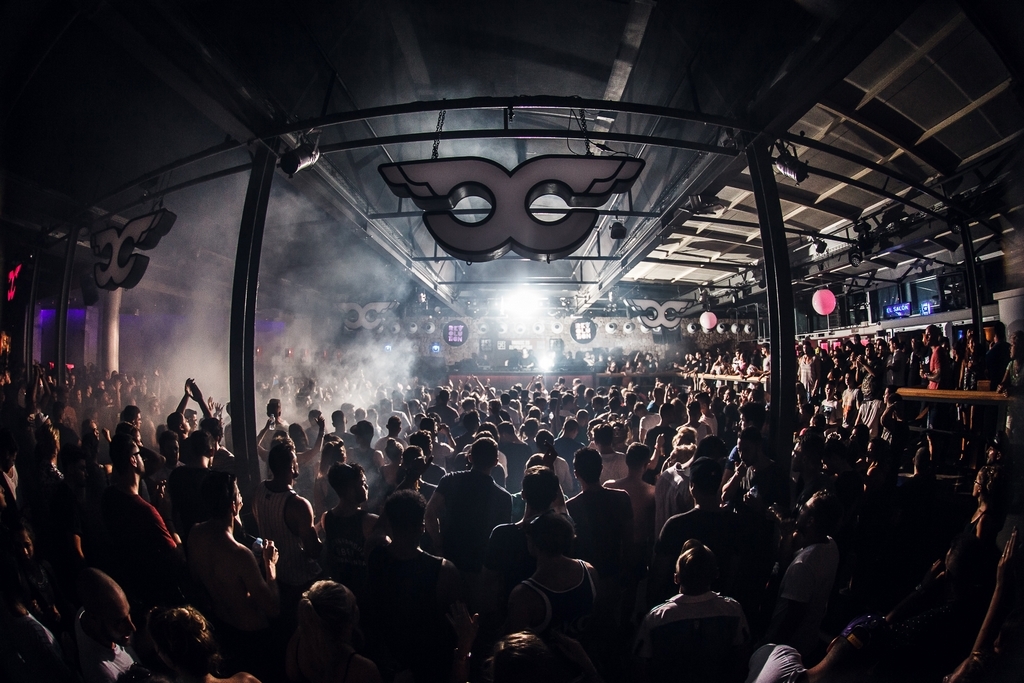 Club Space creates exactly what its name suggests: a musical experience that is out of this world. Easy to see why this club holds the most global awards—Space takes it away by having the distinctive ability to transport partiers on a trip to another dimension where everything is structured in such a way as to maximize the experience. With different DJs in every room, the voyage takes place on multiple levels of perception. The club’s layout, sound systems, themes, entertainers, laser shows and areas all revolve around the full enjoyment of the musical experience by creating a space that is essentially an amusement park of electronic music, with five different rooms each with its own genre and DJ/s, each perfectly able to work as an individual club in itself. Put CARL COX and other top techno DJs in there, and the magic is complete: a brilliant formula for a guaranteed outstanding night. Carl Cox’s Music Is Revolution – The Next Phase reigns supreme in its genre and beyond. Providing techno in many of its shades and nuances, this event brings partying to a whole other level.

Doors open by 8:00 p.m., the party got started in the Covered Terrace with SuCré SaLé, whose minimalist techno got the growing crowd rolling. As both the terraces filled up with a rising groove and great energy, SuCré SaLé brought on some deep tech. The crowd already warmed up, UMEK came on strong with some earresistible tech house: that tantalizing bouncy tech-house one cannot resist dancing to. Definitely turning it up a notch, Umek interspersed barely perceivable samplings of old-school techno, running a thread through his set and bringing his strong techno origins to the foreground. With four dancers on stilts hopping around the comfortably busy dance floor by 11 p.m., the party was already well under way. While Umek kept at it blending tech-house and techno, the sexy stilt dancers covered the entire dance floor with a thin sheet as the hot go-go dancers joined the party. By midnight, Umek slowed everything down and the crowd could choose from ANDY BAXTER in the Sunset Terrace or DAVIDE SQUILLACE in the Discoteca main room as a special mixer console was set up for STEFANO NOFERINI. Davide Squillace started his set off with some somewhat dark deep tech. Always amazing, Davide's profound sound felt almost contemplative. His talent shining through, one of Davide’s great qualities is that he delivers consistently, despite his crazy schedule, and this night was no exception.

Like a shopping mall of fantastic music, Space offers all kinds of possibilities. While essentially a mega-club, it can still give the impression of several smaller clubs by having numerous separate areas with different DJs. The Premiere Etage upstairs, with its spaceship look and feel, is a great place to chill out and catch one’s breath, this past Tuesday lulled by PAUL REYNOLDS, notably recognized for his varied sound, and later JASON BYE, both of whom kept it groovy and spacey. Downstairs, the Outside Terrace seemed like yet another world, with Andy Baxter at it. Food and shopping available onsite in the hallways connecting the rooms, in yet another room El Salon, David and TONI MORENO were at it b2b with some funky vibes and Balearic beats, dancy and vivacious – and actually spinning on vinyl! With cobblestone walls, fancy mirrors and white curtains decorating the walls, El Salon is intimate and welcoming in itself. Self-contained like the rest, each room could be a club were we not accustomed to Ibiza size of entertainment venues. Back in the Covered Terrace, Stefano Noferini was at it with his tech-house until 2:00 a.m. when Umek returned with his second set of the night, as Davide kept on pumping the crowd in the main room with some of the most amazing techno out there.

Despite all this incredible talent, something magic happened when Carl Cox hit the console in the Discoteca, by this point packed to the brim. Having as much fun as the crowd, he embodied the “Let’s go dancing!” chorus in “Dancing (Again!)” — and dancing everyone did to some of the most banging tunes out there. With his undeniable sway and enthusiasm spreading throughout the room, Carl has a way with the decks that turns the whole dance floor into an almost circuit-like event. The energy he has after all these years, still dancing and bouncing around like a kid playing his first set, is extraordinary, and along with him the entire main room of Space, including the entire DJ booth--on a voyage we went, through a universe of techno. Hard as it was, I somehow managed to tear myself away at 4:00 a.m. for MARK KNIGHT’s set. Back in the Covered Terrace, Mark was on fire from the very start. Using three decks, he blew the roof off with his underground techno sound that had the whole room going mad. His massively underground set was seriously off the chains. That Carl Cox is great is common knowledge, but anyone who hasn’t experienced Mark Knight’s sound needs to make a point to witness his magnificent talent. The type of set that makes one’s soul burst with joy, Mark’s even included a saxophone bit, and his two hours flew by in the blink of an eye. Standing on the console, Mark then slowed down somewhat with some underground remixes of more recognizable tracks, before concluding with "Music Is the Answer,” leaving everyone drooling for more. Fortunately Carl Cox was still at it in the other room, where he played well past 6:00 a.m. One night at Music Is Revolution – The Next Phase is all it takes to understand why Space holds the most global awards in the world and why Carl Cox’s night is one of the longest running parties on the island. Whether one is into techno or not, the many rooms and multiple DJs explore the entire range of the genre focusing on exceptional music above anything else. A surreal experience, Tuesday night at Space continues its dominion as one of the most consistently exceptional parties around, one at which having a great time is guaranteed upon entrance.