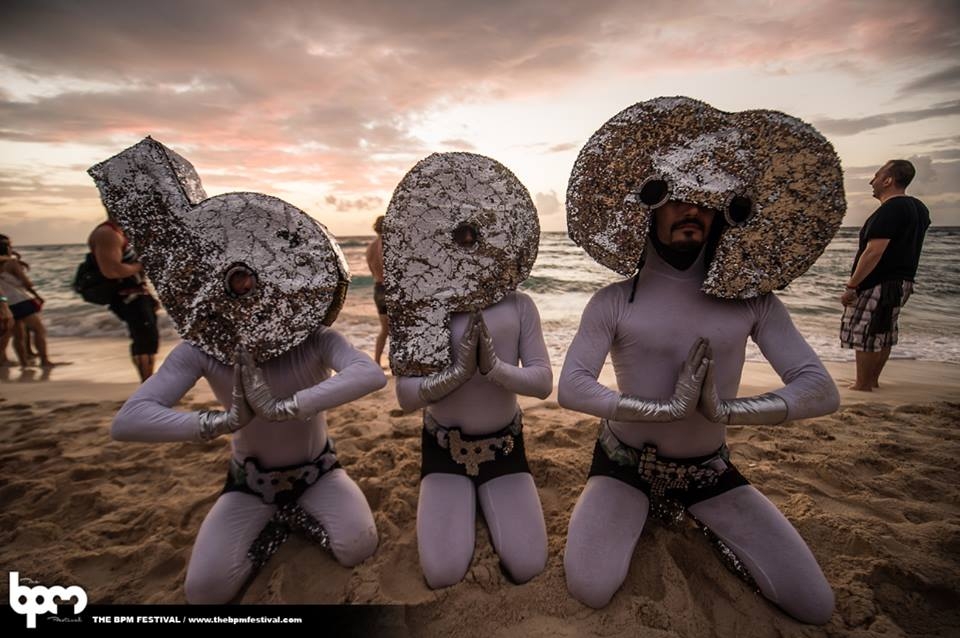 Dreaming about the Playa del Carmen? Well, so are we. The BPM Festival announced its phase one artist and showcase lineup earlier in October and it was pure bliss and a dance music lover's dream. Since then, The BPM Festival has also begun to announce showcase lineups including Life and Death, Diynamic, SOLOMUN + 1, Keinemusik, Toolroom, Hotflush, All Day I Dream, and many many more!

Yesterday, The BPM Festival added on its phase two artist and showcase lineup, and all we have to say is that you CANNOT miss this 10-day extravaganza. Over 240 artists are listed on the phase two lineup including NINA KRAVIZ, CHRIS LIEBING, CHAIM, FRANK & TONY, Guti, JOSH WINK, MARCO BAILEY, and so many more. Some more event showcases have also been announced including Bedrock, BPitch Boogie, Luciano & Friends, Mobilee, NICK CURLY presents TRUST, This is the End, and Tronic.

The 2016 edition of The BPM Festival will also be premiering some new venues for both daytime and nighttime events. The BPM Festival's incredible new venue The Jungle will provide extended afternoon till early sunrise parties where fans can expect a festival within a festival, complete with all the necessities including food vendors, multiple stages, intimate lounges, palapa, and an adjacent cenote. Some other new daytime venues include the open-air Wah-Wah Beach Bar, Martina Beach Club, and the new Coralina Daylight Club in the Grand Hyatt hotel.

As for nighttime, parties will be taking place at Salsanera, a brand new multi-room venue where labels like Hotflush and Suara will be hosting its showcases at a two-for-one price. La Santanera, Blue Parrot, and Tribeca will also continue to host parties for 2016. So as you can tell, this festival is going to be one for the books, as per usual. So check out the Phase 2 artist + showcase lineup before and purchase your 3-day opening weekend passes and 10-day passes here before they sell out (which is going to be VERY soon)!

Check out The BPM Festival 2016's podcast below with recent mixes by Hector, &ME, Chus & Ceballos, Andhim and Boris!