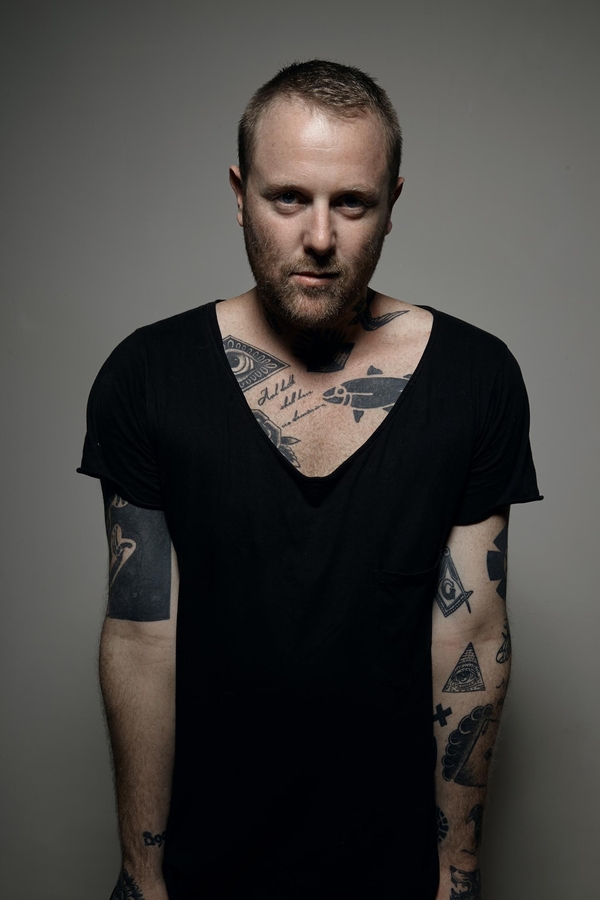 It's been some time since I've stumbled across an artist so unique that I was curious to dive deeper into the method behind the madness. This time around it is Dublin-born, Spanish-raised, Los Angeles-transplant SIAN who infuses his broad range of personal interests into each piece of music he creates, and does so seemingly effortlessly.

His interests? Quite fascinating. They range from entomology, cosmology and marine biology, to the social impact of the rave generation and those influences can be seen in each of his original tracks  -- more about that last bit in our exclusive interview ;)

A master of modern, classic techno, Sian is a man wearing many hats these days. With releases of his own and a record label, Octopus Recordings - among the top 5 labels of the  in the world in its genre - and  touring like a madman, it's safe to say Sian is on the fast-track to having a blockbuster year.

We sat down with Octopus Recordings founder  SIAN just ahead of his epic house and techno showcase at Exchange LA this Saturday to pick his brain on a few topics -- Enjoy!

'Out Is In’ came out fairly recently. I’ve read in past articles that you aim to title tracks in a manner that hint the inspiration behind the track, or the creative process. Is this one of those instances? If so, can you share the story behind ‘Out Is In’?

Indeed, this track is built around that big, freaky vocal.It mirrors the production in the way that it goes round and round, gets weird, loops back on itself and eventually makes sense! Also the way the vocal is processed, lots of strange frequencies and phasor effects, kind of feels creepy and a little surreal, like many of todays news headlines!

What criteria do you use when considering an artist for your label, Octopus Recordings? Describe a striking moment in scouting new talent - perhaps a time where you found yourself completely and unexpectedly blown away?

For me it´s all about dedication to one idea, sticking with your crew and living it, 100%. There are so many talented artists out there, but the sweat and blood needed is key for us.The amount of hassle, bullshit, stress, drama and failure in every artists career, can only be handled by someone who really really wants to make it.I have seen so many people drop out fast, due to things not going their way immediately.The times i have seen this spirit in people early on, I instantly wanted to sign them to our roster.

Being born in Dublin, raised in Spain and now based in Los Angeles - three very different areas of the world - what kind of similarities do you find among the dance cultures of the three locations?

It seems like wherever you go in the world, a lot of smart young, (usually good looking) people gather around the electronic music scene, it sounds naive to say it unites people of similar demographic,but it kinda does.We often remark on how in any City i play or live in,we see a lot of striking similarities, the way people dress, dance or play—it´s super connected somehow.

What is the best part about curating a showcase such as your upcoming one at Exchange LA this weekend? The most challenging?

The best part is being able to show off what we do and bring in artists that we genuinely want to hear,we are taking over the whole lineup, so it´s purely our vibe! The challenge is always about making it perfect and going off without a hitch,the lights,sound and vibe at our shows requires a lot of attention,and we really put so much into every party.

Much of your inspiration and unique style of production is attributed to interests ranging from entomology, cosmology and marine biology, to the social impact of the rave generation, however is there a person in particular that you’ve also drawn inspiration from in establishing your career?

I´m really into Cinema,i try to look up to directors like Ridley Scott or Nicolas Winding Refn for both career and artistic inspiration,i love their futurist and forward thinking aesthetic, and also how their success was won with time, and perseverance.

Speaking of the social impact of the rave generation...would you like to elaborate on this a bit more for fans?

I think this music throws us all together and smashes down a lot of walls : gender, politics, religion, social class, etc.For example,growing up part time in Ireland we saw how people on all sides of borders,sexual orientation or income got down together, within a strictly Catholic country.

Summer is proving to be a busy season for you! What are you looking forward to most this summer?

Yes! It´s great to see our hard work moving things along,i have some important shows like Mexico City,LA,New York,Chicago,Miami,Bogota etc.I am super stoked to get on the road and showcase what´s coming on the label and my own release schedule!

When the madness dies down later this year, what are you looking forward to most?

I am thinking around October or November i might try take a week off and go scuba diving in Oahu or Maui, but i say that every year,and the madness never ends.

Many thanks to Sian!