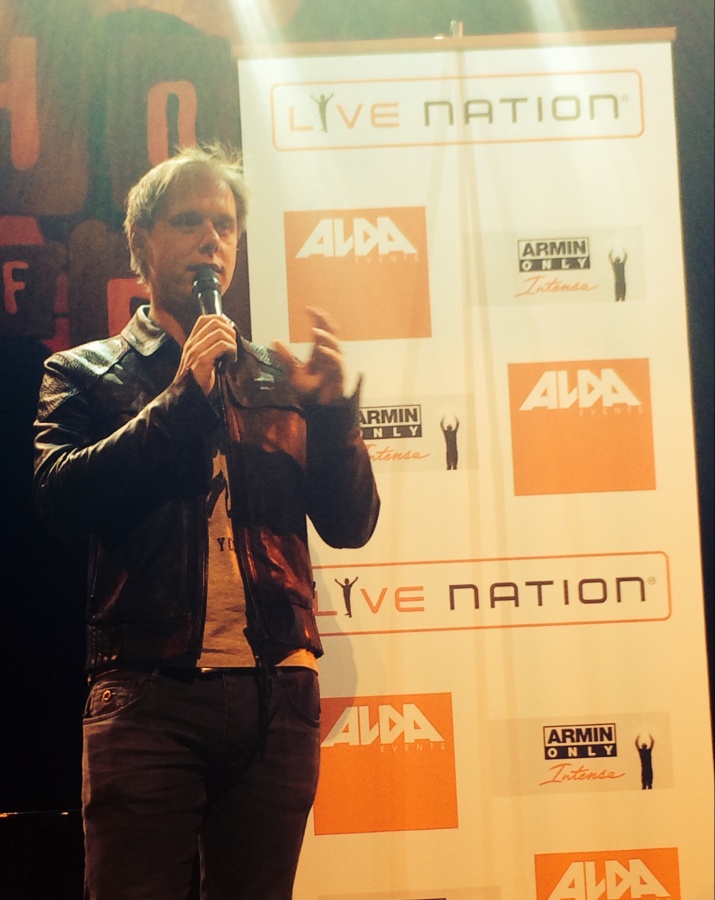 Armin Van Buuren Stops By Los Angeles on the Road to Armin Only: Intense

Last Monday, Los Angeles was in store for an early holiday treat when ARMIN VAN BUUREN, the undisputed King of Trance, stopped by the House of Blues on the road to his next tour - Armin Only: Intense. In the hours before his arrival, the line of fans multiplied by the minute and wrapped around the block with sparkles in their eyes and excitement in their faces, all donning shirts and flags for Armin Only and A State of Trance. People poured onto the floor as we listened to 'Intense' in it's entirety and every five minutes, a new chant started beckoning Armin to the stage. The energy in the House of Blues was palpable and the excitement in the room was electric.

From the second he stepped on stage, Armin radiated the happiness of his fans - and who could blame him, especially when he's fresh of the heels of his first Grammy nomination for the smash single 'This Is What It Feels Like' with vocalist Trevor Guthrie. For the first part of the press conference and fan meet and greet, we were all treated to the short clip above, which showcases the Armin Only experience, past and future, and gives the fans a taste of what they can expect when Armin returns to the Forum on May 9th of next year.

"What's so different than a normal DJ set? It is different and it is not - first of all, it is a DJ set; you'll still see DJing, you'll see me freestyling - it's not preprogrammed...every Armin Only show will be different...This is like Christmas dinner with ARMIN VAN BUUREN"

After the video, Armin brought out his tour manager Sander Reneman so they could tag team answer questions and drop a bit of knowledge about the Armin Only: Intense Tour. We got to ask Armin what tricks he has up his sleeves for this tour and he imparted that for the first time ever he staged tryouts for dancers, acrobats and singers and the specially designed visual sets have been in the works for over a year; in short, "This latest tour stands as the biggest tour I've ever done."

And Los Angeles has been more or less impatiently waiting for the return of Armin Only. After the massive success of Armin Only: Imagine at Together as One 2008, fans had been more than excited for Armin Only: Mirage to come back to Southern California during Monster Massive 2011. But, due to circumstances outside of his control - the event was cancelled, and that show stands as the only concert he's ever had to cancel. Armin took the chance to personally lament on the situation - mentioning that they are no longer working with GoVentures and are now in a much happier partnership with LiveNation.

When asked how he felt about the evolution of dance music, Armin responded that -

"I think dance music felt like our little baby, and it's sort of growing up and going into the wide world right now. I think dance music is no longer just one thing - it's spreading out to other genres. If you look at history, this is what happened with Classical music; this is what happened when the Beatles started making tracks. The first Beatles album sounds completely different than the last one. It's called progression. You can hate it you can love it, you can hold on to what you like of the past or you can have an open mind to the future. I always say, 'Don't be a prisoner of your own style'"