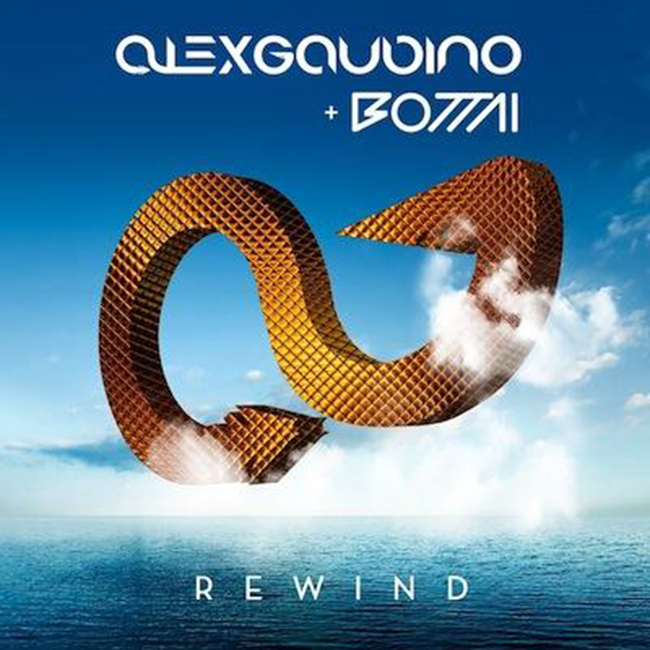 After a the big vocal track “Missing You” with X Factor judge NICOLE SCHERZINGER earlier this summer and multiple smash hits “Playing With My Heart”, “Watch Out” and “Destination Calabria”, it's no surprise ALEX GAUDINO is keeping his reputation as “one of the most prolific producers in Italy”, according to BBC Radio 1’s PETE TONG. Now, in collaboration with another fellow Italian hit-maker, ALEX GAUDINO returns to the underground with BOTTAI for a brand new smash club record, “REWIND”.

Filled with strong kick-drums and a pulsating bassline, “REWIND” begins a deep but big progressive anthem that quickly grabs your attention. It’s not long before it quickly evolves into a massively unexpected drop that will keep festival and club dance floors on their feet screaming for more.

Following “Watch Out,” Alex released “I’m a DJ” in 2008, which was a massive hit across club charts worldwide. In 2009, Alex gave the Joan Jett’s classic “I Love Rock’n’Roll” the full electro-house treatment. “I Love Rock’n’Roll” was a gigantic success worldwide, particularly in France where it was released on BOB SINCLAR’s label, Yellow. In 2010 Alex smashed it again, going to number 10 in the UK singles sales chart with “I’m in Love (I Wanna Do It).” The song got huge airplay worldwide and sat at number 1 on the Billboard Dance airplay charts for four weeks in a row in the U.S. In 2011, Alex released “What a Feeling” featuring Kelly Rowland, which went to number 6 in the UK singles sales chart and received massive radio airplay worldwide.

His most recent collaboration with Canadian R&B star JRDN for the high-energy new single “Playing With My Heart” was released January 22, 2013 on Ultra Music. Alex’s new full-length LP Doctor Love, is releasing March 13, 2013.