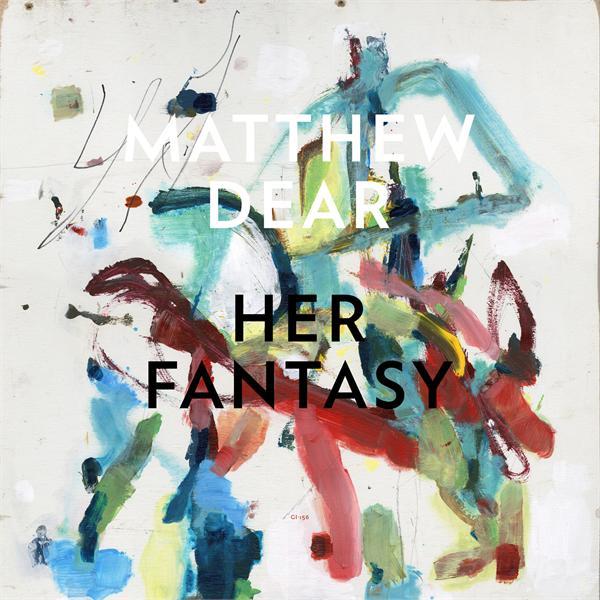 MATTHEW DEAR has released his newest project, Her Fantasy under the label Ghostly International. To start off, this EP has some of the most genius and catchiest lyrics to ever be placed on top of a rhythmic dancing beat. The first track off of Her Fantasy is his famous lead single "Her Fantasy" from the album Beams, the follow up to MATTHEW DEAR's 2010 album, Black City. "Her Fantasy" is a 6 minute and 14 second track that opens with a haunting whistle and cowbell rhythm. The song hustles through a series of wicked impulsive sections in which the twisted internal logic becomes clear as the song progresses. When the track builds to an ecstatic climax, Dear's lyrics "Sit where you stand / hand on your heart / hand on your man" are slowly captured in a cloud of treble-tickling distortion.

The next track on the Her Fantasy EP is the 4 minute and 32 second fizzy, synth-horn-led unreleased track, "Crimewaves" which contains lyrics that are just as captivating as the previous track, with lines such as, "it's such a crime to rearrange" and "it never calls me back but lately I'm insane"

The EP ends with TORNADO WALLACE's 7 minute and 19 second remix of "Her Fantasy." The Melbourne producer twists the song into a late-night disco house version taking only a few bits of MATTHEW DEAR's voice for the track.