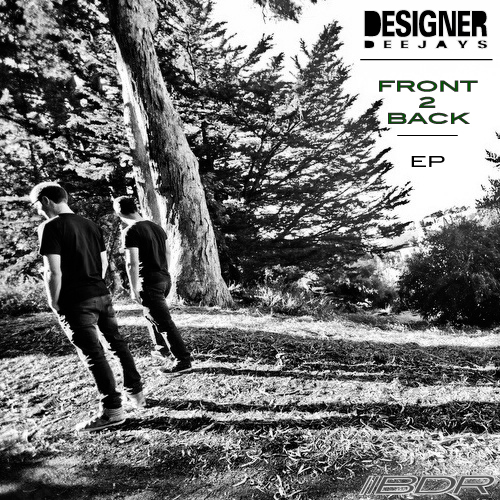 The San Francisco based artists, DESIGNER DEEJAYS, will be releasing their debut EP "Front 2 Back" under their label, (BDR) (ByDesign Records) on June 28. The EP encompasses three original tracks which the Designer Deejays feel represent their style best. The music for this project came together in such a natural manner, it was implicit which tracks would be selected for this release.

The EP includes three original mixes by DESIGNER DEEJAYS, including "Redemption", "TDM" and "Clueless". There's no way you can be confined to just sitting down once these tracks come blasting out of the speakers. These dance hits will definitely fit right into the club scene.

"Redemption" starts with a light beat at the beginning and then slowly fades into a progressive climax in which an alluring beat is then dropped with an additional harder sound overlapping, making it an extremely catchy house tune.

Many DJs tend to sound the same in a lot of their tracks, that's certainly not the case with DESIGNER DEEJAYS. "TDM" is an 8 minute and 4 second track that incorporates several different sounds and rhythms. At two and a half minutes in, there's a slow build up to a quickly paced synth-sounding bumping tempo.

"Clueless" has more of a chill vibe than the other tracks on this EP. Don't get confused though, this song will still make you want to hit the dance floor.

The album will be available for download exclusively at Beatport. Don't miss out on this amazing Progressive House EP!