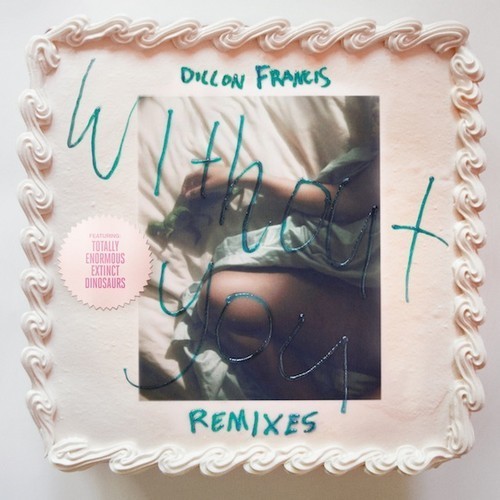 7 New Ways Dillon Francis & TEED Can Live 'Without You'

After circling the Beatport charts for the last four months, the hit single from DILLON FRANCIS and TOTALLY ENORMOUS EXTINCT DINOSAURS - 'Without You' has finally gotten the remix treatment it deserves. The original bittersweet, indie-electro breakup track skillfully intertwines the bouncy, Electro House bassline we're used to getting from DILLON FRANCIS with the heartfelt lyrics and harmonies from TOTALLY ENORMOUS EXTINCT DINOSAURS. The remixes arrived early Tuesday morning on Mad Decent's Soundcloud and should be hailed by all as an excellent, early holiday gift. This set contains seven absolutely unique mixes from a handful of the top producers; each one embellishing and layering their individual production styles.

The first remix of the bunch comes from DILLON FRANCIS himself, and as he puts it on his Soundcloud - has the genre 'TIESTO', which one can only assume is Big Room Festival House, complete with body tingling drops. Next up, Circus Records founders DOCTOR P and FLUX PAVILLION riddle the track with heavy bass, loud kickdrums and glitchy, 8-bit noises that one definitely comes to expect when either producer puts his name on a single. The third mix in the package from TREASURE FINGERS pulls back on the track and stripping the layers down to create a more emotional, down-tempo musical journey. Packed into the middle are mixes from HENRY FONG gives new life to the single by infusing it with his unique blend of feel good Electro House and TORRO TORRO slaps a dirty bassline on the track to give it the Moombhaton feel we've grown to expect from DILLON FRANCIS himself. Last but definitely not least is a slinky, downtempo house mixes from HAYDEN JAMES and a Garage House remix LOW STEPPA, each perfectly equipped for a late night on the dancefloor.

The bottom line? This menagerie of remixes stemming from this single speaks to the genre-defying genius that DILLON FRANCIS implores in all of his mixes. They're out now on both iTunes and Beatport so make sure to get your copies today.

Dillon is currently on tour in the US with his IDGAFOS Tour and his 2013 stops include Vegas, Chicago, DC, NYC, LA, Sea of Dreams Festival in SF and the SnowGlobe Music Festival in Tahoe.