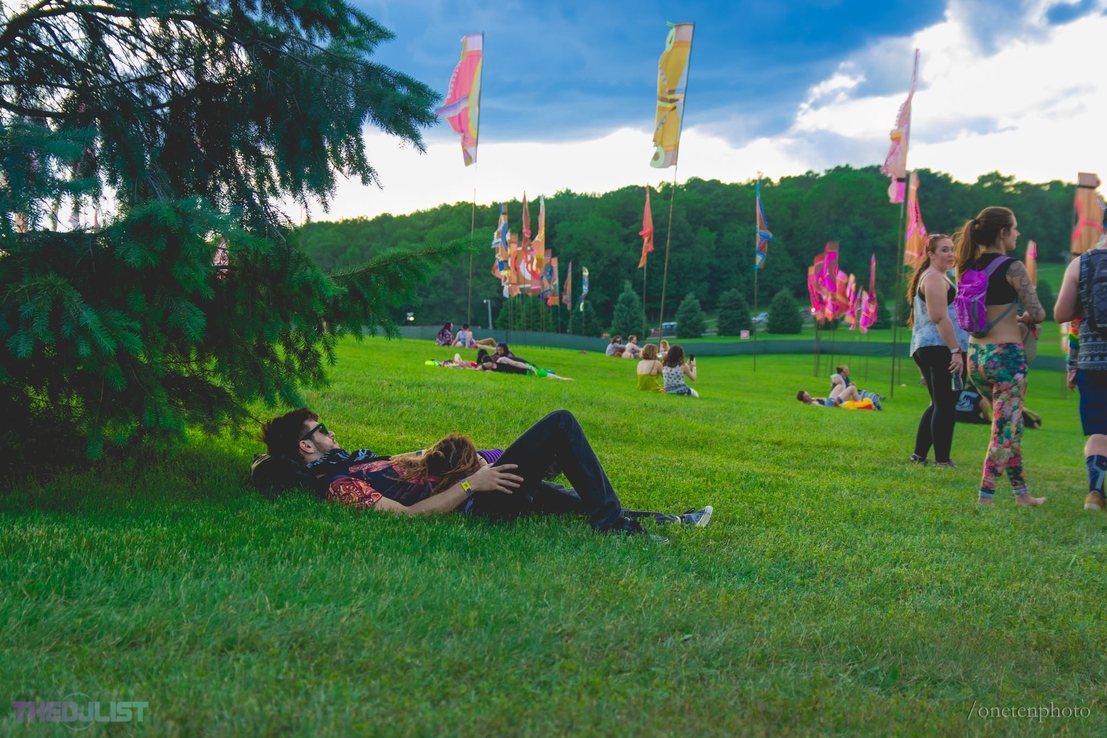 There is nothing quite like those first few moments when you step into a breath of fresh music at an outdoor event and this year’s edition of Mysteryland USA did not disappoint. It’s located at Bethel Woods Center for the Arts, the location of the original 1969 Woodstock Festival, in upstate Bethel New York a short 90 miles from New York City. People flocked from around the US to see a full lineup of over 85 acts over the course of a three-day weekend. Major acts included ODESZA, SKRILLEX, BASSNECTAR, GESAFFELSTEIN, THE CHAINSMOKERS, YOUNG THUG, ZEDS DEAD and many more. What is interesting about this lineup is the variety of music in the lineup to appease all partygoers. There is a nice combination of dance and hip-hop acts to ensure you could take any friend and you’d both get what you’d want.

Mysteryland takes you away from the world for a weekend of music, food, art, culture, and the best part on-sight camping. Festivalgoers have the option to stay off-sight and shuttle to the grounds or camp directly on the grounds and walk to the festival much like a Coachella of the East Coast. For most people camping on-sight is a completely unforgettable addition to the festival experience and is uniquely its own journey. Though it was colder than usual at night, snuggling up with your camp mates made it easier to catch some z’s in order to wake up to the bright sunshine for the next day’s adventures.

Notable performances this year were from Odesza who completely destroyed a flower petal encrusted main stage beauty, Gesaffelstein caught audiences with sounds from 'Pursuit' and his abnormally memorizing French beats, and a notable OSWLA female by the likes of MIJA completely took the boat stage over on Sunday night. It's incredible to see females take over a stage with such power and grace like Mija did, while all the way in Las Vegas, Nevada Aussie ANNA LUNOE became the first solo female artist to rock Insomniac's 20th anniversary of Electric Daisy Carnival's main stage.

Though in its third installment in the US, it feels like the decor and festival vibe fell flat upon it's previous years. While the ambiance and art installations are still breathtaking no matter how you slice it, we can't help but feel like it just hasn't felt the same as before. Regardless of things living up and not up to high standards, there is by no means nothing more beautiful then walking into a field of beauty, art, and music. While we think decor can add to such an experience, we really think the music should be speaking for itself.