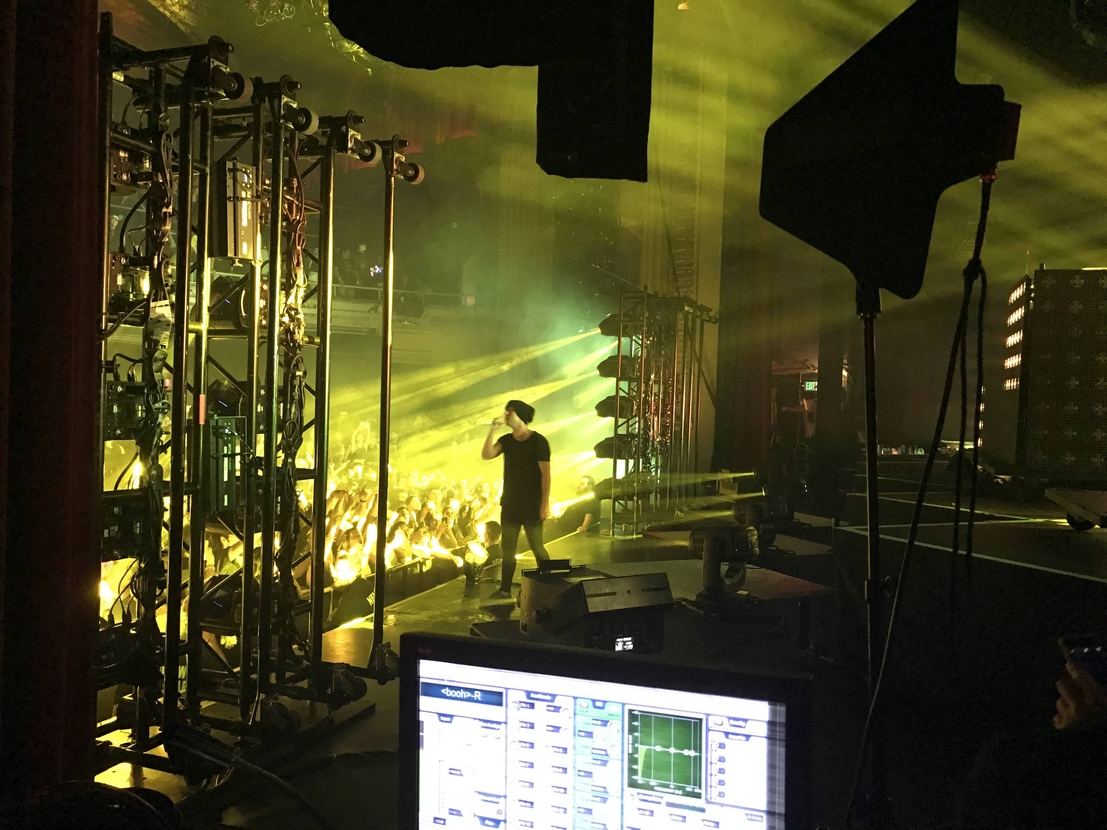 3LAU on his Haus World Tour, label, music and more

You may have heard of 3LAU in 2014 when his hit record "How You Love me (feat. Bright Lights)" was SiriusXM's Most Played Record of the Year. 3LAU started off his music career creating mashups as a student in his dorm room while attending Washington University in St. Louis. After refining his production skills and gaining the attention of heavyweight DJs and producers such as Steve Aoki, Tiesto and others, he is currently on a massive world tour to debut his latest music and production. We got a chance to meet with him during his stop at The Warfield in San Francisco about his latest single "Fire" as well as his debut single off his very own label BLUME "Is It Love".

How has this year been so far?

It's been incredible and just been especially incredible being on this tour right now. I'm able to debut all this new production.

What is one thing you are most proud of this year?

I think the entire creation of my label BLUME. It's all non-for-protfit. We have raised over $200,000 releasing music on the label this year between "Is It Love" (feat. Yeah Boy) and "Fire" (feat. Christina). I actually have a new song coming out called "You Want More" at the end of November and all of it is going to charity so it's pretty incredible that we hit $200,000 before the end of the year which was the goal we had at the beginning of the year. Honestly, we have set it pretty high, I'm just amazed that we hit it so quickly. So that's the highlight of my year so far.

Your recently single â€śFireâ€ť is pretty awesome. What was the idea behind this record?

We wanted to do something that was still electronic but had real instrumentation because I'm a pianist and Trevor is amazing at the guitar. I actually met Trevor, aka Said The Sky, in Denver and we both wanted to create something that is organic and synthetic at the same time and "Fire" was what birthed from that.

You have an upcoming track â€śYou Want Moreâ€ť with MAX. What inspired you to be producing this?

I actually had a bunch of these weird beats that I sent to MAX and I was like hey I feel like any of these might fit your vibe. He loved the beat for "You Want More" and he wrote the whole vocal on it in one day and sent it to me and I was like oh my god this is incredible. The song finished so quickly. It's actually the fastest song I have ever finished because MAX is just so incredible and the first draft we did ended up being the final draft. It was that good. So it's done and we've been super stoked about it ever since.

Your remix on Ariana Grandeâ€™s â€śInto Youâ€ť has been doing really well. What made you reinterpret it?

Well, the beat was actually supposed to be an original track. I kind of used my mashup mind when I heard "Into You" on the radio. I was like wait, this is going to fit my song that I have been working on. So instead of just releasing it as an original, I put the Ariana vocal on it, rearranged it a little bit and it was done. It was just one of those things by chance.

What has been the most favorite stop so far on your HAUS World Tour?

What is one track you absolutely love to include in your sets?

It's this new WOOKIE remix of somebody that I don't even know. The drop is just super hard. It's unexpected. Yeah, I'm sorry I can't give you an actual song name...I don't know. Wait, I can look it up for you actually (opens his laptop)...I will find it for you right now. It is called "New Wave (Wookie Remix)".

What do you have planned for next year?

A lot of studio time. I am not going to be touring much next year and will be working a lot on my new music. I'm excited because I haven't done that throughout my career. So it will be my first time I really get to focus on studio time.

That's a tough question...I'm thinking about it. I would be Snapchat in general. I'm always on it. I think it's amazing I can just respond to fans just like that. I started using Snapchat a lot to keep in touch with my fans. I'm JUSTIN3LAU on Snapchat.

Be sure to grab tickets to Haus World Tour here.