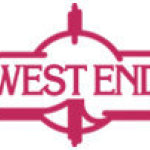 West End Records was co-founded by Mel Cheren and Ed Kushins in 1976 and the label went on to define the sound of New York City in the heyday of disco. That sound eventually filtered to dance floors and clubs across the country and around the world. West End Records is known as one of the most prominent labels in dance music’s history along with Prelude, SalSoul and Casablanca. During the disco era, many labels and artists scrambled to put out records that would ride the wave of disco’s popularity but West End was not jumping on any bandwagon. West End created the bandwagon, releasing hits like Taana Gardner’s “Heartbeat,” Karen Young’s “Hot Shot,” Loose Joints “Is It All Over My Face,” Barbara Mason “Another Man,” and The NYC Peech Boys’ “Don’t Make Me Wait,” creating a frenzy on dance floors. These titles, along with many others in the West End Records catalog, went on to become some of the most sampled songs in music history. | read more

THE KINGS OF LATE NIGHT