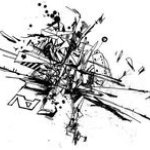 Room to let: welcome to vakant. At least since the Sex Pistols, “vacant” has been, well, not so pretty a term, signifying the empty, the shallow, the vacuous: the hollow men, with holes for hearts and heads. But Berlin’s vakant label gives the word a new meaning. Like so many electronic labels, Kompakt, Warp, and ~scape among them, vakant refuses to take space at face value, choosing instead to put a kink in the works, a kick where you least expect it, a cold compress on an 808 heatwave. At its simplest, “vakant” might stand for the spaces left between the beats. This is, after all, a “minimal” label, where melody’s a thing less glaring than glanced at, where every beat is bracketed by another, be it brother, ghost, or doppelgnger. You groove to the 4/4 inevitable, you glom to the handclaps on the 2 and 4, regular as Greenwich Mean. But the swerve is in the spaces left unsaid and the hiccups that make a ritual out of happenstance. (Classical music has its accidentals; techno, born of African drumming and cranky machines, takes the idea into a new, rhythmic realm, and vakant’s riding shotgun the whole way.) But vakant is alsoand more importantlya label that leaves that crucial space for the very idea of “minimal” to develop, that recognizes its place in a lineage (after all, we’ve been doing this minimal thing since Rob Hood, people; since Baby Ford, since “Baby Wants to Ride”). “Minimal,” the descriptor, is already wearing out its welcome, wrinkling under overexposurehow do you spread SPF60 on a nonentity? But vakant’s one of those labels that still realizes that minimal is a strategy, not a tag; a way of linking all those micro-events and incidental sounds into something coherent and moving and yeah, still quite surprising. A way of spinning peaks and troughs into something warm and fuzzy as a cat’s purr (or, for that matter, as final as a crack in the ice underfoot). vakant, valorizing open space, has also become a place for known entities to explore alter egosfor top talents to fashion other sounds. Links, connectors, crossovers: vakant is filling in the empty spaces. There’s always room at the top. | read more