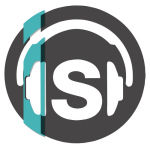 Stereo Productions Group unifies a selected group of labels, disc jockeys and producers representing a unique cultural movement around the same concept: Global Electronic Music. Stereo Productions Group’s aim is to transmit the soul and the energy of the Iberican Sound, hallmark of the group.Portuguese Algarve saw the beginnings of Stereo Productions in August’99 by Chus L. Esteban and Carlos Calico as a dance event promoter with a weekly residence every Wednesday during the summertime @ KADOC club. Carlos Calico was up till then owner of DJA (Deejay Agency and Management) working with top artist of the electronic music scene. Later on Chus decided to change the place and the activity so he moved the headquarters to Madrid and established Stereo Productions as a company together with Pablo Ceballos. They decided to leave behind the events organisation and focused into the music production. During this phase they released productions such as ‘Voices of Savannah‘ from The Latin Lovers (Boo records, UK), ‘Sunshine‘ from Dj Chus & David Penn (Black Vinyl Records, UK), Groove Foundation’s ‘So Good‘ (Beat Freak Recordings Spain) and ‘Free my soul‘ from Dj Chus vs. Oscar de Rivera (Uncle P music / Siesta USA) all of them composed at Stereo Productions Studio. In September ‘00 Stereo Productions and DJA were merged and established as a limited company in Madrid. Finally the group was settled and began to found the base of Iberican Sound, as Chus says ‘We are establishing the IBERICAN SOUND!‘ | read more

RULERS OF THE DEEP