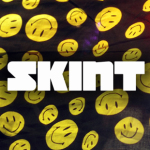 Skint Records is a Brighton based dance music record label founded by JC Reid, Tim Jeffery and Damian Harris in 1995. It was created as a sublabel of Loaded Records and was at the centre of the big beat music scene of the mid to late 1990s.
/

/
Fatboy Slim in particular enjoyed worldwide acclaim with several big albums that have accumulated sales of over 8 million and positioned him as one of the leading DJs in the world for the past 15 years. Famous for his beach parties, Fatboy Slim often attracts up to a quarter of a million people to his gigs in Rio and Brighton.
/

/
Towards the end of the 1990s and at the start of the 21st century Skint had expanded its musical range to include more house based songs, most prominently “Lazy” by X-Press 2, which charted at number 2 in the UK charts, and releases by legendary techno artist Dave Clarke as well as artists as diverse as folk band Lucky Jim, electronica outfit FC Kahuna, the Ralfe Band, Belgian techno outfit Goose and Sheffield indie band Little Man Tate.
/

/
More recently the label have enjoyed success with Kidda, who’s ‘Under The Sun’ has been used by Bacardi in their TV adverts for three years, and a number of big underground electro anthems by Alter Ego, Roman Flugel and Tomas Anderson. Xpress 2 released a much praised retrospective Greatest Hits album ‘Raise Your Hands’ and the label continue to discover and nurture new talent with releases by Foamo and Metal On Metal.
/

/
Skint’s latest signing is Brighton based band Mirrors, who’s superb stagecraft and songs are causing ripples of excitement across the music industry. Mirrors have just completed a triumphant series of live shows supporting Delphic on their 2010 UK tour and are completing the finishing touches to their debut album with the help of Richard X.
/