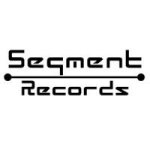 Segment records was born out of two mens love of music. John Falcon and Matt Black met while they were both DJing on internet radio station londonliveanddirect.com and decided to set up a record label.
John had already done much of the ground work, come up with the name and received some demos but hadn’t quite got the idea off the ground. Matt had already had experience of putting records out on his own Housefeelings inprint and was looking to get involved in a record label which he believed had a chance to grow and showcase up and coming artists as well as more established acts. It was then that Matt and John decided to team up and Segment records was born.
The first fruit of they’re labour was Segment 001 Eelke Kleijn “4.5 Billion Years” which was released in September 2003. Despite John parting company with Segment records in its early stages, Segment records has strong foundations set in place and our mission is to continue releasing quality material from both up and coming and established artists.
Music is continually changing and evolving and Segments aim will be to stay at the forefront of the movement.
Forward thinking house music at its very best. | read more