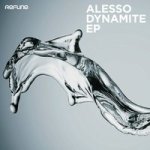 Refune Records was founded in 2003 by Sebastian Ingrosso. The label has seen fourteen strong releases so far and is a highly respected label in the scene. Refune has seen releases and remixes from Sebastian Ingrosso, Steve Angello, Dirty South, Laidback Luke, Funkagenda, Wippenberg, Till West & Dj Delicious to name a few.

Tough, electronic, cutting edge and massively effective dance floor material is what you can always expect from Refune!

Releases in 2009 came from Sebastian Ingrosso with his monster ‘Laktos’, which had massive support from Pete Tong in his weekly show, In new music we trust and the essential selection as well as club support from Eric Prydz, Steve Angello, Axwell, David Guetta, Tiësto, Erick Morillo and Fedde Le Grand to name a few. After that the festival smasher ‘Kidsos’ was unleashed on the Refune imprint which is a mix up of Ingrosso’s ‘Laktos’ together with MGMTs massive track ‘Kids’ which rocked more or less every club and festival in the summer of 2009 and was also licensed for various big compilations such as MOS Annual, Cream Ibiza etc.

A massive collaboration between Sebastian Ingrosso and his fellow Australian friend DJ & producer Dirty South gave birth to the club-banger ‘Meich’, heavily supported by all the big names. Also released during the autumn of ‘09 was True Identity’s ‘Steppenwolf’ along with an epic Pig & Dan Remix!

For 2010 Refune sets the goals even higher with the next release, the BIG Sebastian Ingrosso & Dirty South remix of Miike Snow – Silvia. One of the best supported tracks so far in Refune’s history, heavily supported by everyone, from Pete Tong in the his weekly Radio 1 show to Tiësto. New signings for 2010 confirmed, tracks from Style of Eye, AN21, Thomas Sagstad and much more still to come.