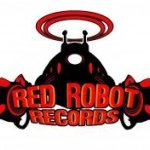 Red Robot Records was launched by Lex Loofah in the summer of 2008 and has quickly grown to a point where we release at least one single every week, and an album every month. We believe that there are only two types of music – that which you like and that which you don’t like. Our musical output reflects this belief, and we are also committed to breaking and supporting new artists. | read more