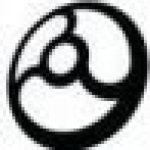 Germany based independent label fromed by DJ Antaro. It was first in the early years a sublabel of Spirit Zone Recordings, which released some sort of minimal techno and trance. But after some releases, DJ Antaro was not satisfied with the sales figures and he has also still invest primarily more work for Spirit Zone and VooV Experience. He shut Plusquam Records first for a time down and adopted it later to DJ Laureth. Thats why DJ Laureth released the first CD with the name “Revive“.
Nowadays, the style of Plusquam is in a range between Progressive PsyTrance and Progressive House. The artist roster of the label contains acts like Haldolium, Bitmonx, Auricular, Buzzmonx, Buzz, Timetech, Shaman, Ryan Halifax, DJ Fabio, Cafu, Tandem, Alchemix, Meander, Rodrigo Carreira, Sunstryk… | read more