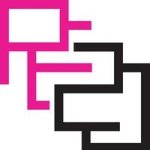 Planet E Communications is an independent record label that started in 1991 in the motherland of techno, Detroit. The label, conquering the genre of electronic music, is the brainchild of legendary DJ, producer, and all around innovator Carl Craig. Evolving from Craig’s desire to have creative independence from the major label industry, Planet E would manage, in a short time, to become one of the most ground-breaking independent labels in the genre. When a number of independent techno camps entered a stage of dormancy, Planet E consistently released music that mutated the conventional arrangements of the genre. Planet E prides itself and has gained its burgeoning success by persistently experimenting with sound, expanding the genre of electronic music beyond the commonplace landscape it has traveled, altering the history of electronic music with fresh sounds from a totally different galaxy. | read more