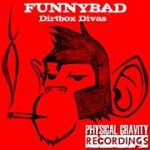 Physical Gravity Recordings was created in 2007 by two artists from Ukraine and United Kingdom – Alex Nademski and Antonio Dominques Gomez, so the label from the very beginning was positioned as truly international and had set a goal to unite musicians from anywhere in the world. As a sublabel of Musictracx Recordings (UK) – Physical Gravity has concentrated at melodic tech house, minimal and techno as its primary genres, though not limiting itself strictly to the former. The label has already signed artists from almost everywhere in the world, such as UK, Spain, Italy, Germany, France, Bosnia and Herzegovina, Hungary, Brazil, Guatemala, Georgia, Ukraine and more are joining us. | read more