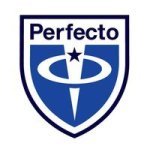 In 1989, while working as an A&R rep for Champion Records, Paul Oakenfold decided to create a new label that would house the up-and-coming artists involved on the emerging Balearic and House scene. Since that day, Perfecto Records has been home to some of the biggest names in dance music, and continues to release the best of melodic, electronic music. In 2008, Perfecto Digital was launched, and later that year, Perfecto Black was born, which focuses on tech-house, electro and techno – a different sound from that traditionally associated with Perfecto. | read more