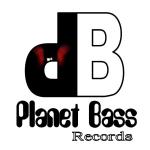 One of the leading importers/exporters of commercial Trance, House, Electro, Techno & Ambient music! Well known “Planet Bass Records”, based in the near of Frankfurt (Germany), was founded back in 2010 by “Alex Bexter” better known as" Planet Bass" and remains one of the prominent german dance labels releasing worldwide commercial dance hits and compilations.

The company celebrates its second year anniversary early 2012 with a lot of fantastic partners & biggest names in dance music and has brought a range of quality releases worldwide over the past two years!

For more information and to be updated:
http://www.pb-records.com