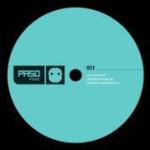 PASO Music, founded by Marc Miroir, Sebrok and Jo Spallek in 2004, are a perfect example of the new wave of 21st century innovators: a label, run by a team of dedicated and forward thinking artists and administrators..

Getting it right from the very beginning, step by step they have released one track after another, made all the more interesting and attractive to the outside with select remixers like Tony Rohr, Dietrich Schoenemann & Justin Berkovi.

Marc Miroir´s „Theme Park“ and Sebrok`s „Some kind of Monster“, gained the label serious attention and it was only a matter of time before taste makers at the top of their game like Sven Väth and Laurent Garnier started to drop PASO releases in their sets, and “uber” boss Dj Hell licensed „Theme Park“ for his Time-Warp compilation.

By 2007 PASO could boast an ever increasing Europe wide talent base with newly recruited Eclec Sonde&Cat Shaver (Spain) & Maxime Dangles (France); Since Joachim Spieth`s “Connect” gave the label a further landmark release and a new team player Marc, Sebrok and Joachim have been expertly guiding the label to a seemingly endless list of major achievements ever since.

In 2008 Gregor Tresher worked his remix magic on Marc`s Kraft EP , delivering the label its biggest seller to date, Sebrok celebrated new heights of acclaim and status with his outstanding and widely acclaimed Pyrolator comeback, and if anyone needed further proof of PASO having emphatically arrived in the big league, Iconic institutions like London’s Fabric, moved in to license trax for their compilation series.

With Martin Woerner´s “Full Tilt”, and Marc Miroirs “Sponge”, its safe to say that PASO have truly arrived centre stage. Artists of the stature of Carl Cox, Dubfire, Mr C, Josh Wink and Karrotte endorse their releases in terms ranging from 10 out of 10, to “it’s a hit”, “on heavy rotation” and “I love it”. Clearly we wouldn’t be mistaken to expect further big things from them in both the short and the long term future. Nothing says success better than success, and that is without a doubt where Paso are at in 2009… and its only just the end of the beginning !!!