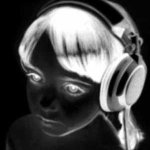 NightChild Records was started in 2007 with the goal of releasing House music of all styles and beyond without the artistic constraints of the sometimes rigid market and allowing their artists complete artistic freedom. After they released their debut EP, NightChild began to sign music from such local New York City talents like Markos, Rob Regan, Pat King, Ariel"lights"Figueroa and more.They gained positive feedback from each release along with some being featured on digital retailer best seller charts. | read more