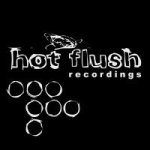 Founded in London in 2003, Hotflush Recordings quickly became synonymous with the sound that came to be known as dubstep. During the genre’s formative period Hotflush introduced some of its emerging stars, including Distance, Shackleton, and Scuba, and delivered some of the early landmark releases, notably Toasty – The Knowledge and Search & Destroy – Candyfloss.
The label continued to drive the dubstep sound forward with an onslaught of 12” releases from prominent artists including Benga, Loefah, and Martyn, always concentrating on fresh ideas and originality. 2007 brought the brought the first Hotflush long player in the shape of the Space and Time compilation and the label’s first artist album, A Mutual Antipathy (2008) by Scuba, was featured in Resident Advisor’s top 20 albums of the year.
In 2009, Hotflush continued its tradition of unearthing the best new talent while blurring its stylistic focus, bringing acclaimed debut material from Mount Kimbie, Sigha, and Joy Orbison. The latter’s single, Hyph Mngo, went on to be named track of the year in numerous publications including FACT, which also named Mount Kimbie’s Maybes in its top 3, and Resident Advisor, in addition to including Hotflush in the top 5 labels of the year.
2010 has brought a second album from Scuba, Triangulation, which has already been touted as one of the albums of the year, and debut releases from George Fitzgerald and Sepalcure, a collaborative project by Machinedrum and Praveen.
Mount Kimbie, now one of the most hotly-tipped acts in the UK, are set to
unleash their first long player, Crooks & Lovers, on 19 July. | read more