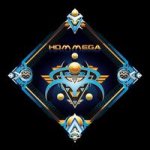 Many labels were found at the end of the nineties, when the Psy Trance scene experienced its probably most massive expansion. Undoubtedly many of them also made an important contribution to Trance culture- but in the end, barley any survived up to today. In this respect, HOMmega Productions is unparalleled: Founded already in 1997, it steadily kept up its work up to today and not only became one of the most rich in tradition labels of the scene in this way, but also one of its strongest driving forces. | read more