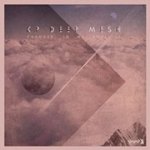 Since its creation,in 2006, the Italian label has already successfully produced a lot of talented artists, releasing many high-quality house listening pearls.
The team is like a family and their leitmotiv is simple: bringing together all their skills working side by side try to living with love and respect each other. In this scenario the crew realized some fine house-music productions.
Whether they come from Milan, London, New York or Paris, the artists of G.K.F. take their inspiration in what music has best and warmest to offer: jazz, funk, soul, boss nova… Thanks to his founders, the DJ’s Ezio Centanni and Jean Paul François as known as Spiritual Blessings, who used their strongly build musical culture as the roots of that tree which is growing every day.
In total opposition with the actual elektro, cold minimal and dark electronic wave, the label proved that music made with positive thoughts can still be very devastating on the dance floor. That could explain why G.K.F. tunes are now played by top D.J.’s all around the planet.
The objective of G.K.F. D.J’s is to promote the G.K.F. Records touch by bringing the club scene and radios a breath of fresh air. Their funky vibes and sunny Latin-influenced sonorities are offering the city-dwellers a way to escape the challenges of urban life, bringing them back to a heavenly beach, for a never-ending summer… | read more