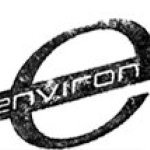 Environ was born in the spring of 1995 in the college town of Oberlin, Ohio,
with the Detroit-inspired Premise EP, a veritable Roland orchestra of crisp beats, emotive chords and acid basslines produced by label founder Morgan Geist. Geist’s “REMnants EP” (1996) reinforced the label’s efforts to create its own sound that would speak to both the mind and the body, melding overt influences from Chicago and Detroit with subtler undertones of hip-hop, jazz and
classic soul.

When the collaborative “Titonton & Morgan EP” (produced by Geist with Titonton Duvante) was released, its complex programming and schizoid moods were met with ambivalence by conservative U.S. distributors. The record proceeded to do well in Europe and Japan, however, and was included on the CD compilation Morgan Geist Presents Environ: Into A Separate Space, a move to extend the label’s reach beyond its core audience of DJs. A U.K. P&D deal followed shortly afterwards, effectively making Environ an import label in the U.S.

By 1998, Environ’s techno roots were giving way to the glow of disco and boogie. Geist produced two volumes of disco-tech hybrid 12"s under the alias of Nebula Jersey, followed by an innovative EP called “What Is Today’s R&B?” that toyed with same temporal shifts that were then coming into vogue with the newest hip-hop and R&B. Joining these projects was “The Mechanical Birds,” an eccentric and vibrant EP from NYC disco producer Daniel Wang. Wang would eventually release his first artist album, Idealism, on Environ in 2001.

Signing Wang (already a cult hero via his outstanding Balihu label) marked an important shift for Environ. Besides cementing the stylistic swerve towards the aforementioned disco, Wang’s EP was the first solo release by an artist other than the label’s founder. Inspired by Wang’s vibrant productions and increasingly dissatisfied with the P&D arrangement, Geist brought Environ back home to the States in 1999 with a groundbreaking collaborative project with friend Darshan Jesrani: Metro Area.

Metro Area ushered in a new generation of disco, boogie and house freaks to
the fold of Environ’s fan base. After three EPs and Geist’s solo EP Super
(dubbed “Metro Area 3.5” by Groove Magazine), Environ’s first bona fide underground hit came in the form of a track from Metro Area’s fourth EP: “Miura.” Metro Area 4 was mastered on September 10, 2001, and black replaced the vibrating colors of the previous EPs out of respect for the duo’s beloved and wounded New York City.